An Eye to the Future: Managing Low-voltage Networks in Real Time

While electric utility distribution operators have visibility into their high- and medium-voltage networks, they typically do not have the same level of near real-time operational visibility into their underground low voltage and secondary networks. This is a particularly acute issue in metropolitan areas with a great number of commercial downtown underground networks.

While electric utility distribution operators have visibility into their high-voltage and medium-voltage networks, they typically do not have the same level of near real-time operational visibility into their underground low voltage and secondary networks. This is a particularly acute issue in metropolitan areas with a great number of commercial downtown underground networks.

Historically, the high reliability and inherent redundancy of these underground low-voltage networks meant that operator visibility was not a high priority. Today, however, utilities are seeing more disruptions and failures in underground low voltage/secondary networks because of aging infrastructure and the addition of intermittent distributed resources at the edge of the grid.

For cities, full network visibility is becoming an increasingly important consideration to continue to improve reliability. For example, in 2013, 86 percent of New York City’s electric load and 82 percent of the city’s electric customers were served by underground low-voltage distribution networks, according to a study undertaken by the Office of Long-Term Planning and Sustainability, Office of the Mayor, City of New York. Many European and Asian utilities also carry electricity to customers through extensive low-voltage networks that typically don’t have the visibility and accountability of high-voltage or medium-voltage networks. In the dynamic network of the future, visibility is becoming an added priority alongside reliability and redundancy.

As previously noted, many metropolitan areas use commercial downtown underground secondary networks to service customers. These networks are meshed, so multiple electrical sources are joined together to provide redundant feeds and high availability of electricity. The higher concentration of load density in the metropolitan areas generally justifies the greater redundancy and availability of a meshed network, which is not provided by typical radial distribution systems (which have fewer redundancies). Typically, the meshed low-voltage networks involve large, key customer businesses that demand higher-quality service and availability.

Commercial downtown underground networks also present a more dangerous prospect for utility employees dispatched to resolve a problem: the network assets are accessed through underground vaults that are densely packed because of the large number of customers, the concentration of aging underground cables, and the confined working conditions.

Unlike a medium-voltage distribution network, low-voltage circuits and devices are not usually modeled within a centralized software application to take into account complex mesh network characteristics. While low-voltage mesh network data is available in utility planning systems, spreadsheets and paper maps available to the distribution grid operator, it doesn’t help the grid operator monitor faults and resolve them in an automated fashion. Because of the differences, low-voltage networks often don’t have the same visibility and management oversight that the rest of the electric transmission and distribution systems have. So, when outages do occur, they can lead to greater regulatory and public scrutiny.

The intermittency of distributed energy resources (DER) such as solar is causing additional disruption at the low-voltage edge of the grid, making visibility and optimization both of the DER themselves and of the low-voltage networks that connect them to the grid an increasing priority, effectively incorporating the entire distribution grid under one control. The availability of lower-cost sensors for edge-of-grid DER makes this even more effective, allowing the distribution operator to mine and analyze sensor data along with weather and other data to identify DER assets at risk of failure, and to help model and forecast DER intermittency issues for a proactive utility response. 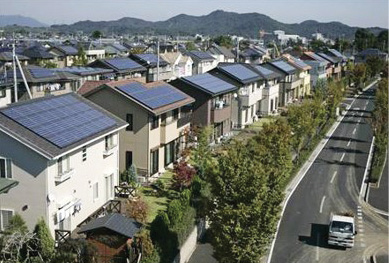 As the infrastructure continues to age, the costs of not being able to model and manage low-voltage networks will continue to mount. Briefly, these include:

• Increased overhead expenses because of recurring crew visits to resolve faults and outages,

• Reduced age of the assets because of intermittent voltage fluctuations that go unmonitored,

• Increased hazards and safety issues when not monitoring network assets’ violation limits, and

Better, more real-time visibility for the distribution operator of the utility’s low-voltage, secondary networks begins with the proper data set. Unlike primary networks that standardize on SCADA or historians, a utility’s secondary network may not yet have one repository of asset information, so data needs to be extracted from such systems as GIS, SCADA, historian, planning and other systems, and any paper-based maps of the network need to be digitized.

The collected data must then be mined, corrected and enhanced for the right device connectivity so that devices can be connected to the right circuits and network flow, and mapped in the network model. Once the model is built, the utility’s network management system can update it in near real-time as connected devices’ and circuits’ conditions change in the field—and these updates also feed the original data systems, including GIS, AMI and SCADA.

Further work is also needed to keep the model current, including integrating customer-level information through AMI as well as weather information to the working model. This will aid the utility in creating improved load profiles that take into account actual customer load from smart meter data, as well as DER assets and their load at an individual level.

With this new, optimized model of the entire distribution network—both primary and secondary—the utility distribution operator can detect faults, see accurate power flows, study the impact on the network, and simulate the network down to its very edges. UP

About the author: Brian Bradford is vice president of Asset Solutions for the Utilities Global Business Unit of Oracle Corporation. Bradford is responsible for the profit and loss of utility operational software applications and delivery. He has more than 20 years of experience in the utility space and joined Oracle from GE where he was GM of hosted software and analytic solutions. Bradford has an MBA from Harvard Business School and an undergraduate degree in finance from the Wharton School of the University of Pennsylvania.