Countrywide Cooperation Utilities across North America work together to keep service at its best.

Our utilities have proven their efficiency for providing everyday service for their local area, but there is probably no single utility that can cope with those inevitable catastrophes such as hurricanes, ice storms, tornadoes and man-made attacks, which can damage everyday efficiency. 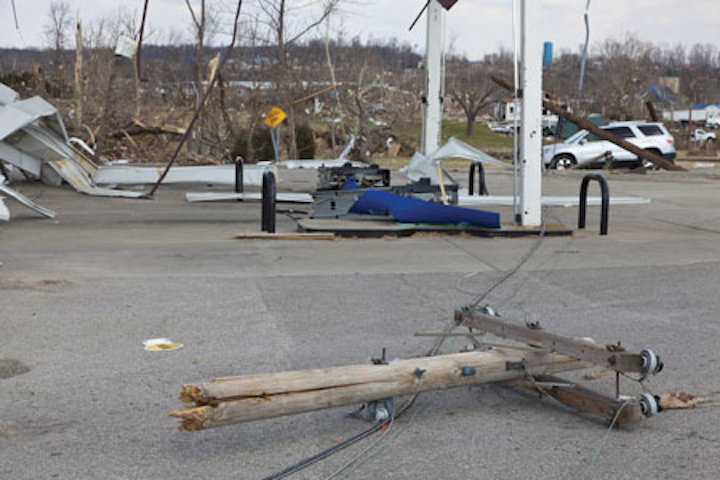 Our utilities have proven their efficiency for providing everyday service for their local area, but there is probably no single utility that can cope with those inevitable catastrophes such as hurricanes, ice storms, tornadoes and man-made attacks, which can damage everyday efficiency. An example of what is sometimes needed, and what is in place to provide remedies for even the most serious of situations, would be the effect of Hurricane Sandy a few years ago. When Sandy struck the eastern side of the US in 2012, as many as 10 million customers were left without power and the storm inflicted problems on 24 states. No single utility could promptly remedy that situation. Help came from 80 utilities from almost every state and Canada, with workers numbering some 30,000 to restore power as quickly and safely as possible.

There is a table of priorities when power is cut off. Most of us are the lowest end of the table because we are individuals, single users. The top priority for restoring power goes to the place that can help the most people; this is usually the power plant, which is assessed first for damage that can directly affect thousands or, indirectly, millions of people. Next in importance on the table of priorities are the transmission lines. They can cover thousands of people over a large area. Next are the substations, which can still serve many customers, commercial and residential. Emergency responders (such as hospitals, police stations, fire stations, water plants and communication centers) come next on the priority list. Businesses, neighborhoods and industries that serve many customers are next. Most of us, as individuals, are last on the list, not because we are unimportant but because we represent smaller numbers of people. The priority list makes sense-it tries to restore power to the most people in the shortest time.

This cooperation is called mutual assistance. The agreements between utilities are voluntary and vary slightly in different parts of the country. In western states, utilities tend to determine responses directly with each other, but the rest of the country is organized for mutual assistance through Regional Mutual Assistance Groups (RMAGs). When a member utility decides it needs assistance, it starts by requesting help through the appropriate RMAG. The RMAGs can start restoration by finding and identifying the right workers and equipment for a particular emergency, sometimes locating helpers from sources that may not be utilities. That could include people such as damage assessors, expert tree trimmers and lineworkers, and all kinds of contractors who can supply people and equipment to speed power restoration. Some of these workers travel many miles to do their job, and they have been trained to do the specialized work that is necessary. The tree trimmers are probably the easiest to understand because so much damage is caused in storms by trees falling or losing important branches and limbs-but there are other experts in specific infrastructure fields whose expertise combines with basic utility work to restore power.

Facing Bigger Disasters in the Future

Customer reliance on electric power does not diminish; if anything, we seem to be increasingly dependent on reliable power. It’s not surprising that one of the results of the outages caused in 2012 by Superstorm Sandy (and other outage makers across the country) has been a commitment by electric utilities to strengthen their ability to provide efficient, fast mutual assistance for a national crisis. Sandy was big enough; it affected a large, densely populated area of the country. But it’s possible we could have a more extensive outage in the not-too-distant future. A national response event (NRE) is a natural or man-made event that causes widespread power outages that involve several regions of the US. It’s a true national emergency. It would affect millions of people, in their work and at their homes. And most of those people will be impatient to have the problem solved. This would be the time for the table of priorities to be followed. The golf course is not as important as the hospital and fire department. 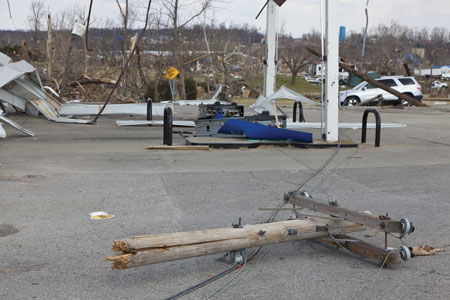 It became obvious after the efforts to restore power after Sandy that utilities should be thinking about the potential for countrywide outages. One of the first steps taken was the establishment of a National Response Executive Committee (NREC) that would be both standing and rotating to keep it fresh and up-to-date. The committee comprises executives from companies in all regions of the US. When a national emergency is recognized, all available member emergency restoration resources (and that includes contractors) will be combined and allotted to participating utilities for efficient, safe results. A NRE is not declared lightly and it does not place any utilities over others. A NRE is widespread; it could be caused by threats such as earthquakes, major hurricanes or acts of war.

People tend to be wary of organizations that claim to protect everybody but favor the biggest or richest of the participants. As soon as some consideration apart from the purpose of the protecting or helping organization is perceived (and most often it seems to concern politics or local pecking order), the efficiency of that organization seems to weaken. In the field of mutual assistance among utilities, there seems to be a happy rejection of benefits that rely on the size of the participating utilities. Mutual assistance is available for all members. RMAGs work for everybody. Clearly there is considerable negotiation required for the final status of all members of a mutual assistance program, and the many individual responsibilities of members must be determined and recorded to keep everything practical and beneficial to all. Availability of equipment and levels of training for the rescue crews are most important. Some utilities will have superior equipment available, and some will have crews that specialize in certain functions. It is the role of the mutual assistance group to know and use what is best for a particular situation. For a national emergency, the need for help from the best available crews and their equipment is a top priority.

During the biggest test of mutual assistance programs and systems-with Sandy a few years ago-several aspects of the system were perceived as less effective than they could be. One result was that some of the smallest programs were consolidated into bigger ones. It also became clear that cooperation between utilities and government agencies (local and national) could be better, smoother and less likely to fall foul of petty local squabbling. Electric utilities and states are now combining with first responders to speed the response to outages, to eliminate unwanted impediments that have no justification except that of being the way it was done for ages. State boundaries, for instance, may be important in some situations, but they can be stumbling blocks when thousands or millions of people are denied service because a utility’s customers happen to live in different states. Restoration work can involve several jurisdictions and these must be working together and not competing.

Closer cooperation between private and government entities seems essential. The public-that nameless body that comprises all our customers-cannot understand why government agencies, loudly proclaiming their commitment to good public service, and the utilities-also loudly proclaiming their commitment to good public service-should not cooperate sensibly for the people they claim to serve. There were instances in the aftermath of the attacks in September 2011 when efficient responses for the saving of lives and property were hindered by a few local dignitaries who wanted to claim authority in actions about which they were totally ignorant. Their bureaucratic interference showed us the dangers of letting people with authority but no skill command the saving actions of responsible professionals.

If we should have a national catastrophe involving power outages, there should be no doubt about the level of cooperation between government and private agencies directly involved in the restoration processes. There have already been significant steps forward to achieve the necessary cooperation, involving such agencies as the utilities, the US Department of Transportation, Homeland Security and procedures for border crossings where help comes from places such as Canada, the US Department of Energy and the Department of Defense. And it’s not just people. Included in the cooperation could be use of government property for staging areas for the vast amount of equipment needed. The justification for extensive cooperation is the equally extensive threat to the daily lives of the people and businesses-the public-that publicly funded agencies are designed to protect.