After almost 25 years of service, the generator and transformer protection systems at the hydropower plant of a western U.S. dam and reservoir were upgraded, including the replacement of electromechanical relays with microprocessor-based relays from Schweitzer Engineering Laboratories, Inc. (SEL), Pullman, Washington. 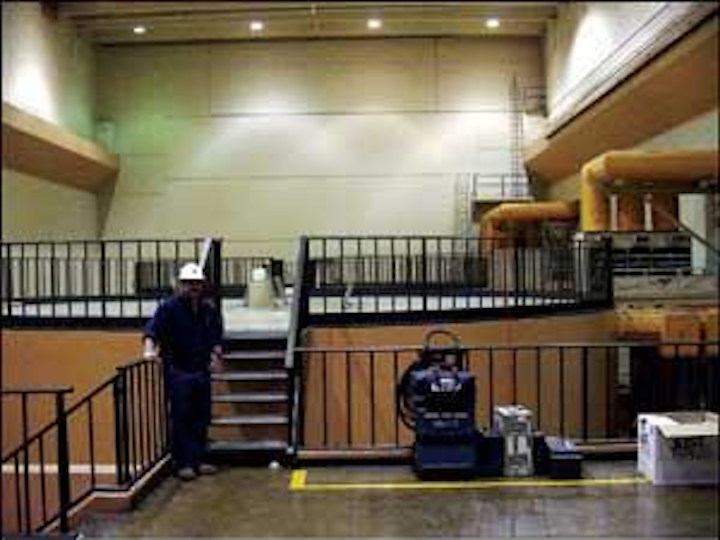 Reserve hydropower is an important support to the power grid during system emergencies. Ensuring that this standby power source is available can depend on small but powerful Resistance Temperature Detectors (RTDs).

After almost 25 years of service, the generator and transformer protection systems at the hydropower plant of a western U.S. dam and reservoir were upgraded, including the replacement of electromechanical relays with microprocessor-based relays from Schweitzer Engineering Laboratories, Inc. (SEL), Pullman, Washington.

Hydropower, such as that produced at this project, provides stability to the power grid and helps avoid outages due to the loss of a base-load power plant. This reserve hydropower, which can be brought online within a few minutes, provides standby electric generation that keeps the power grid stable. Such plants help compensate for fluctuating power generation and transmission flows that occur during emergencies.

The dam is an earth-and-rock-fill structure, more than 600 feet high and 1,500 feet wide at the crest. Located above ground at the dam site, the power plant houses two 150 MW turbine hydrogenerators that produce more than 360 million kilowatt-hours of electricity. The power generated at this peaking plant supports the requirements of the nearby area, with remaining energy marketed through the grid to customers located outside the area.

Due to maintenance requirements and some heating issues on one generator, a more economical and reliable RTD technology was considered. The initial approach was to take advantage of the capability of acquiring and transmitting temperature data with an SEL 2600A RTD Module.

“The customer chose the SEL-2600A RTD Module because it requires no annual calibration or maintenance and resulting simplification of RTD wiring. A single fiber-optic interconnection between the SEL-2600A and SEL-300G Relay provides all needed temperature data for the alarm and protection capabilities within the SEL 300G Relay,” explains Greg Rauch, SEL application engineer.

“They had heating issues with one of the hydrogenerators. Up until the SEL relay installation, they only had alarm and protection functions on one RTD for each generator. The customer later found that the RTD used for this purpose was not located at the hot spot of the generator. The hot spot was located at the endcaps of the generator stator winding, and the heat radiated toward the RTDs located above. There were no data gathering capabilities with the relay-connected RTD, so they had no information as to what was happening with that RTD. The customer considered changing the RTD being monitored by the existing relay, but decided, instead, to install the SEL technology, which can give alarms and tripping on all RTDs simultaneously,” Rauch explains.

The original SEL-2600 RTD Module was installed and tested. However, the RTD-connecting cables were not shielded, and the existing RTDs have a much lower signal-to-noise ratio tolerance; therefore, the module could not overcome the noise from the RTD wiring while the generator was under load.

To deal with the noise problem, SEL developed a new RTD module, the SEL 2600A. Designed for use with transformers, generators, electric motors, and other power system apparatus, the SEL 2600A operates with four types of RTD inputs, including 100-ohm platinum, 100-ohm nickel, 120-ohm nickel, and 10 ohm copper. The SEL 2600A is a fully compatible replacement for the SEL 2600 and provides new-generation, patent-pending noise rejection technology. Fiber-optic links eliminate expensive cable pulls and provide electrical noise immunity and ground isolation between devices.

“We redesigned our standard SEL-2600 RTD Module and launched a new product to handle all types of situations,” says Rauch. Using this process, “We’ve made the product compatible with all common RTD types used in many applications. It also works well for upgrading older installations that use the 10-ohm copper technology.”

Another benefit of the installation is that a single fiber-optic strand runs to the control room where the generator protection relay is located and handles data that come from the SEL-2600A. “This eliminates several control wires, which are susceptible to electromagnetic interference and other noise sources. Because this product eliminates the use of transducers altogether, it frees additional space in cable trays and wiring junction boxes,” adds Rauch.

To date, the new power plant protection system is operational and error free. Thermal data are now transmitted from 12 different RTDs in each hydrogenerator. The RTDs are virtually maintenance free, which frees up technical support personnel. The project engineer felt that the project was a highly worthwhile experience. “I was very entrenched in the entire upgrade project, but enjoyed tackling the generator heat monitoring problem in a creative way that made a lot of sense,” he says.

The SEL-2600A is compatible with several SEL devices, including the SEL-701 and SEL-749M Motor Protection Relays. It may also be used with SEL fiber-optic transceivers to connect the SEL 387, the SEL-300G, the SEL-421 and SEL-451 Protection, Automation and Control Systems, and the SEL-2032 and SEL 2030 Communications Processors.

About the Author:
Ed Sullivan is a freelance writer based in Hermosa Beach, CA. He has researched and written about healthcare, power systems, industrial process equipment and other technologies for over 25 years.