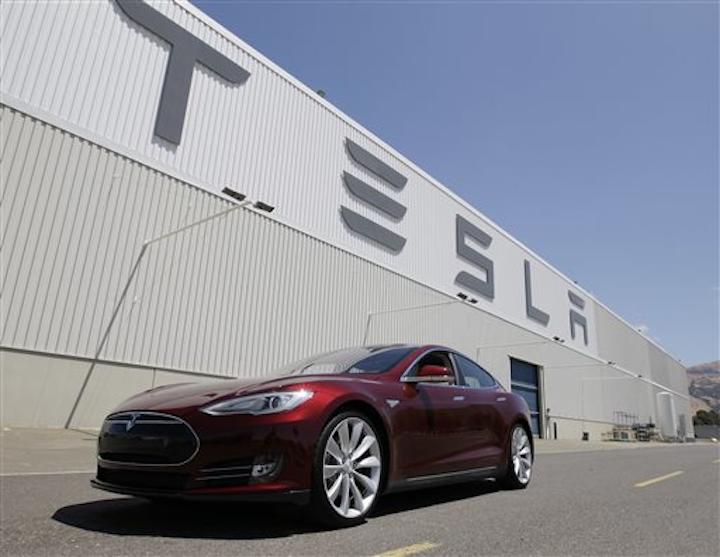 DETROIT (AP) — Tesla Motors says it will reveal a new product next month, but it's not a car.

Musk said in February that the company would soon unveil a home energy storage battery that would be ready to go into production in about six months.

Tesla has already partnered with SolarCity — a solar energy company chaired by Musk — on battery storage systems for businesses that charge up during peak sunlight hours and use the energy in the evening, when demand spikes and rates rise.

SolarCity has also installed Tesla battery storage systems in about 300 California homes as part of a pilot program.