In a letter to all 50 governors, McConnell wrote that he has “serious legal and policy concerns regarding the proposal” 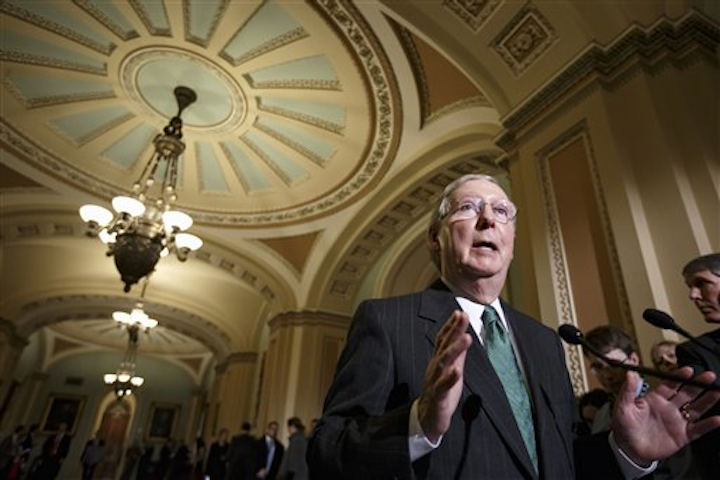 U.S. Senate Majority Leader Mitch McConnell, R-Ky., in a March 19 letter, called on the nation’s governors to reject the U.S. Environmental Protection Agency’s proposed regulation that requires states to dramatically restructure their electricity systems based on how the agency thinks electricity should be produced and used in each state, according to TransmissionHub.

The EPA’s demands under the proposed Clean Power Plan, McConnell noted, are “far beyond its legal authority.” In a letter to all 50 governors, McConnell wrote that he has “serious legal and policy concerns regarding the proposal.”

McConnell asked the governors to “carefully review the consequences before signing up for this deeply misguided plan. I believe you will find, as I have, that the EPA’s proposal goes far beyond its legal authority and that the courts are likely to strike it down. All of which raises the very important question of why the EPA is asking states at this time to propose their own compliance plans in the first place.” 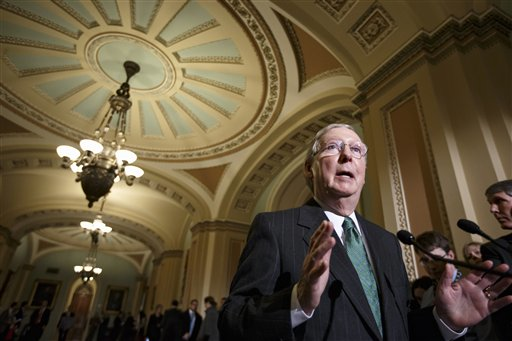 The Clean Power Plan, due to be issued in final form this summer, calls for a 30 percent reduction in carbon emissions from existing power plants by 2030 (from 2005 levels) through federally-enforceable state plans submitted to the EPA.

“Some have recently suggested that failing to comply with the EPA’s requirements would be to disregard the law,” the senator told the governors. “But the fact is, it is the EPA that is failing to comply with the law here. By requiring states to submit a plan aimed at achieving a lower emissions target based upon four so-called ‘building blocks’ — (1) improved power plant efficiencies, (2) switching electricity generation sources, (3) building new generation and transmission, and (4) reducing demand — the EPA is overreaching, as its authority under the Clean Air Act extends only to the first building block related to source specific energy efficiency upgrades.

"In other words, the EPA is attempting to compel states to do more themselves than what the agency would be authorized to do on its own, as many states have noted in their comments in response to the rule. This point has been repeatedly stressed by noted Harvard Law School professor Laurence Tribe, an otherwise strong supporter of President Obama who taught the first course in environmental law in the United States. As Professor Tribe has noted, the Clean Air Act not only fails to authorize the EPA’s plan, it forbids it. Professor Tribe recently called the EPA’s plan ‘constitutionally reckless’, saying it ‘usurp[s] the prerogatives of the States, Congress and the Federal Courts — all at once.’

"Moreover, while the Supreme Court has ruled that the EPA may regulate carbon dioxide under the Clean Air Act, the Court never sanctioned an effort as far-reaching as the CPP. In fact, the Court recently struck down a key part of another EPA rule aimed at regulating carbon dioxide emissions and, in a decision issued shortly after the CPP was announced, pointedly warned the EPA against claiming regulatory powers for itself not clearly granted to it by Congress. In the same case, the Supreme Court declared that it ‘expect[s] Congress to speak clearly if it wishes to assign to an agency decisions of vast “economic and political significance.’ This rule clearly meets that definition."

McConnell says any benefits from this plan are unproven

“The EPA’s stated rationale for attempting to shut down America’s coal-fired power plants is to combat global climate change," the letter said. "Yet, this costly effort is largely symbolic unless and until other major nations impose similar requirements on their own economies. Even then, the EPA admits that the ‘climate’ benefits of the CPP cannot be quantified and has refused to estimate the impact it would have on global temperature or sea levels.

"For all these reasons, I hope you will carefully review the consequences before signing up for this deeply misguided plan. I believe you will find, as I have, that the EPA’s proposal goes far beyond its legal authority and that the courts are likely to strike it down. All of which raises the very important question of why the EPA is asking states at this time to propose their own compliance plans in the first place.

"As others have suggested, the EPA’s deadlines were very likely designed to force states to develop and submit implementation plans before the courts can decide on the legality of the CPP. Their hope is that states will commit to these plans before serious legal questions are resolved. This in itself should be a sufficiently compelling reason to deny the EPA’s request. Given the dubious legal rationale behind the EPA’s demands, rather than submitting plans now, states should allow the courts to rule on the merits of the CPP.

"States should also know that if they are either unwilling or unable to submit a plan to the EPA’s satisfaction, the only recourse for the EPA is to develop and impose its own federal plan for that state. The EPA has no authority to either bring a lawsuit against any state that fails to submit a state plan, or to withhold federal funds from states that decline to submit a plan.

"More importantly, there is serious doubt about whether the EPA has the authority to impose a federal plan that mandates the measures and actions it wants states to undertake, including switching electricity generation away from coal-fired plants and requiring other plants to make up the difference; requiring the construction and use of higher-cost and variable renewable sources; and imposing programs to reduce the use of electricity by residents or businesses. Thus, a federal plan likely would be limited to regulating a power plant itself, such as the efficiency measures under the EPA’s building block 1

"Moreover, even if the EPA does attempt to impose a federal plan, it is difficult to see how it could be any worse than the plan it is asking states to impose on themselves. According to estimates, the cost of implementing the first building block — the one most likely within the agency’s authority — amounts to $17.6 billion. That’s a fraction of the $479 billion price tag for the full plan the EPA is counting on states to impose upon themselves.

"Finally and perhaps most importantly, submitting a plan exposes states to the real danger— allowing the EPA to wrest control of a state’s energy policy if they or any other federal agency becomes dissatisfied with a state’s progress in reaching federal emissions goals. As both the EPA and other environmental groups have noted, a state plan must be 'federally enforceable.' The meaning of this language is clear: as the EPA sees it, a state-issued plan would give the agency broad new authority to control that state’s energy future — not to mention the ability to place the blame for future consequences squarely on the state itself.”