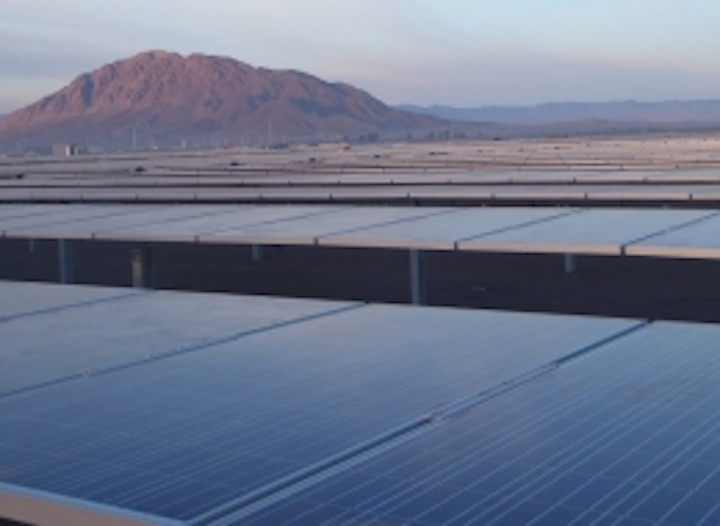 Solar panel manufacturer Yingli Green Energy began construction of a 50 MW solar power plant on former mining lands in in Huangshi City, Hubei Province, China. It is the first project developed by Yingli on land that has been degraded by mining activities.

The 50 MW solar power plant occupies more than 247 acres of land in western Huangshi City, a region known for its rich mineral resources and extensive mining operations. The project will contain about 170,000 YGE 72 Cell Series multicrystalline solar panels that are expected to generate about 55,000 MWh of clean electricity annually, which will offset the consumption of nearly 22,000 tons of coal and the emission of over 50,000 tons of carbon into the atmosphere.

The system is scheduled to interconnect with the local utility grid and begin operations in the fourth quarter of 2015.

Huangshi City was designated a pilot city for the reclamation of abandoned mining lands and former industrial sites by China's Ministry of Land and Resources in January 2013. Therefore, the power plant will serve as a key demonstration project for the integration of solar power into land revitalization programs across China.