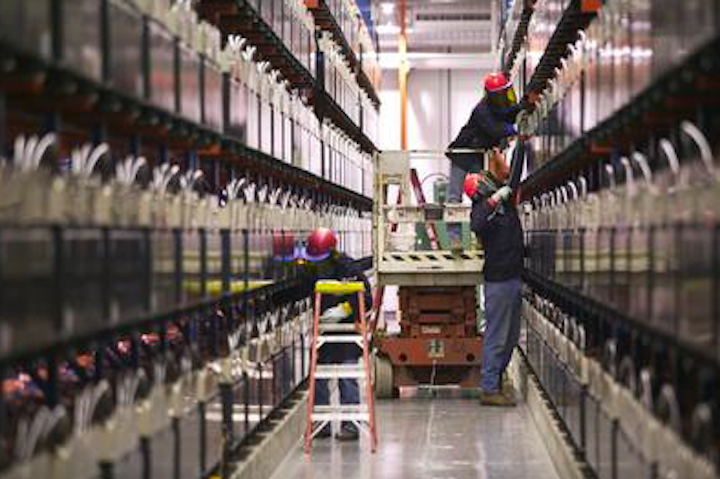 Lithium-ion (Li-ion) batteries have become the dominant technology in grid storage, capturing a 90 percent share of systems proposed last year. Molten salt batteries still account for a majority of installations by energy capacity, because of NGK Insulators’ early lead, but are no longer the technology of choice, according to Lux Research.

Li-ion accounted for 419 MW and 1,555 MWh of proposed energy storage systems in 2014. But molten salt batteries — consisting almost entirely of sodium-sulfur (NaS) — account for 23 percent of all deployed MW and 64 percent of deployed MWh respectively. Globally, as of January 2015, 1,100 MW and 2,523 MWh of grid storage have been deployed across 605 projects.

“Driven by renewable-connected systems and demand management, grid-scale energy storage is taking off, with 450 MW and 730 MWh of systems installed in 2014 ,” said Dean Frankel, Lux Research Associate and the lead author of the “Grid Storage Data Tracker.” 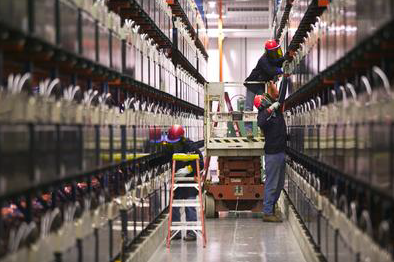 “As the market matures, new roles along the grid storage value chain are emerging – including financiers who enable leasing services to storage developers and their end-customers as well as battery operators who manage and control a systems’ role on the electric grid.”

Lux Research analysts reviewed the grid storage market, along with accompanying technologies. Among their findings:

Japan and U.S. hold lead. Japan maintained its lead in installed energy storage capacity with 1,174 MWh. But the United States held global leadership in power and number of projects with 418 MW across 250 projects.

LFP, NMC are leading Li-ion cathodes. Within the Li-ion battery chemistries, lithium iron phosphate (LFP) is the largest cathode deployed by MW and MWh, with market shares of 39 percent and 38.1 percent, respectively, followed by nickel-manganese-cobalt (NMC), which is rapidly becoming the cathode of choice among developers.