Wind power was largest source of new electricity in 2014 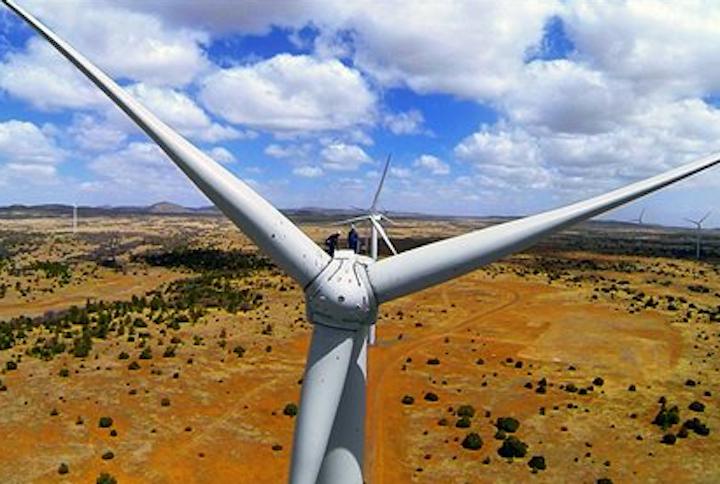 American wind power added more new electric power than any other power generation source in 2014, according to U.S. Department of Energy data.

Wind power generated 4.4 percent of all the electricity in America in 2014 and maintained its position as the fifth largest electricity source in the U.S., according to the latest data from the DOE’s Energy Information Administration (EIA). Iowa led the nation by producing 28.5 percent of its electricity from wind power, followed by South Dakota at 25.3 percent and Kansas at 21.7. 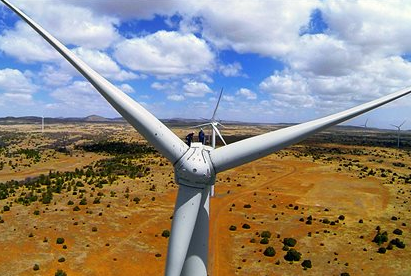 All renewable energy sources including hydropower now deliver more than 13 percent of the nation’s electricity, with wind energy providing more than one-third of that total.

“The U.S. is blessed with an abundant supply of wind energy. Pairing this homegrown resource with continued technology innovation has made the U.S. the home of the most productive wind turbines in the world,” said Emily Williams, Deputy Director of Industry Data and Analysis for AWEA.

Analysis released last year found the U.S. is number one in the world in wind energy production.

Wind energy’s growth has been driven by technological improvements and cost declines that have reduced the cost of wind energy by more than half over the last five years, as documented by Lawrence Berkeley National Laboratory.

In 2014, wind provided enough electricity to power the equivalent of 16.7 million homes, or all the residential households in Iowa, Kansas, Minnesota, Nebraska, North Dakota, South Dakota, Colorado, Idaho, Illinois, and Montana. Once recently added U.S. wind projects have had a full year of production, total wind output will likely rise to powering the equivalent of 18 million homes.

The U.S. will tap into more of its wind power resources this year, and in years ahead, as the U.S. wind energy industry entered 2015 with a record of more than 13,000 MW of wind projects under construction. Construction activity is currently ongoing in 22 states.