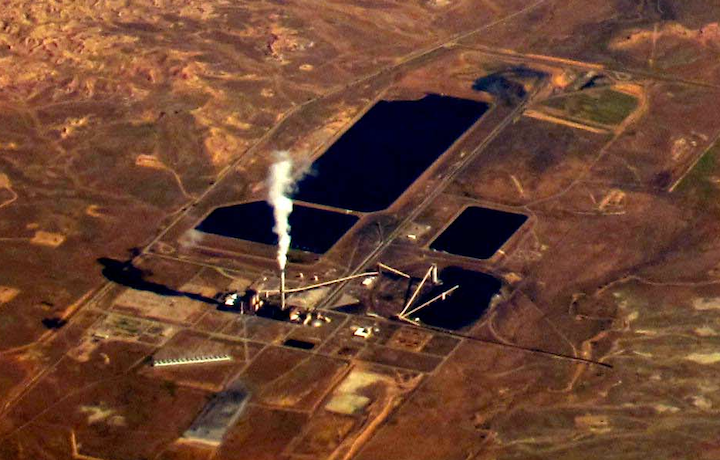 FLAGSTAFF, Ariz. (AP) — The partial shutdown of two coal-fired power plants on the Navajo Nation would have been enough for the tribe to meet the federal government's limits for carbon dioxide emissions as originally proposed.

But the final rule issued by the U.S. Environmental Protection Agency this week creates uncertainty.

The new goal for the Navajo Nation as part of EPA's Clean Power Plan is more stringent than proposed last year, going from a 6 percent cut in the emissions rate to more than 38 percent. The tribe and the utilities that operate the Navajo Generating Station near Page and the Four Corners Power Plant in northwestern New Mexico said they'll have to look closely at the rule to see if previous and planned shutdowns of units would satisfy the new limits.

Because states don't have jurisdiction over reservations, the tribes can create their own implementation plans or defer to the federal government. The limits on the reservation plants won't factor into goals the states must meet by 2030. The nationwide goal is a 32 percent reduction in carbon dioxide emissions.

The Navajo Nation is hugely dependent on the power plants and the associated coal mines for revenue, and Begaye said transitioning to renewable energy won't happen quickly. Any federal regulation that threatens the coal plants is of particular concern, he said.

"These jobs are extremely difficult to obtain on the nation and are almost irreplaceable," he said in a statement. "Any negative impacts on the power plants and mines will have a severe and direct effect on the tribal economy."

The final version of the Clean Power Plan also set more stringent emissions rates for the Bonanza Power Plant on Ute lands, going from about a 7 percent reduction to nearly 40 percent. The change for the South Point Energy Center on the Fort Mohave reservation went from a slight reduction to more than 10 percent.

Officials from those tribes did not immediately return messages left Wednesday by The Associated Press.

Brett Kerr, a spokesman for Calpine, which runs the South Point Energy Center, said the easiest path to compliance for the Fort Mohave Tribe would be to participate in trading emission credits on the open market.

The EPA unveiled proposals for states last summer and it then issued a supplemental proposal for the reservation power plants months later, saying it wanted more time to consult with tribes. The final rules for both states and tribes were released Monday.