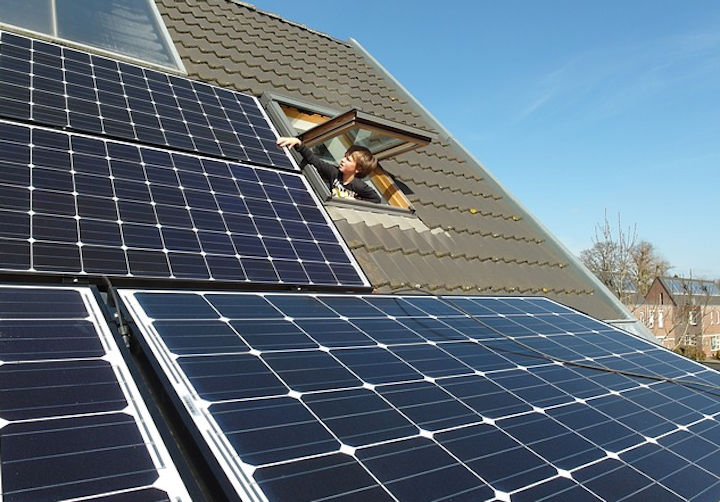 CARSON CITY, Nev. (AP) — Nevada regulators decided Wednesday to keep existing rates in place for rooftop solar customers for a few more months even though the state hit a cap on how much energy can be sold back to a utility company.

The Public Utilities Commission voted to maintain current rates and rules before permanent ones must be adopted by the end of the year. Rooftop solar advocates, who have decried the cap and argued that utility company NV Energy is trying to kill their industry by restructuring rates, said they were grateful.

"The hard work is now before the commissioners to issue long-term rules," said Bryan Miller, co-chairman of The Alliance for Solar Choice, an advocacy group representing rooftop solar companies. "Nevadans will remain vocal to ensure that these rules allow Nevada's solar industry to continue creating jobs and driving economic growth."

Nevada reached a statewide cap last week on net metering, which allows customers with residential solar panels to sell excess energy to the utility company. Lawmakers limited the program to 235 MW, a total they estimated might come in spring 2016.

The state hit the cap months sooner when rooftop solar proved more popular than expected. Rooftop solar advocates have argued they were misled about how quickly the state would reach the cap, and fought to keep the existing rates in place.

NV Energy said it needs a new rate structure to avoid shifting costs from solar users to traditional power customers. They say they are paying much more for solar energy from Nevada rooftops than the electricity is worth, and say it's cheaper for them to draw power from their own large-scale solar farms.

NV Energy's proposed rates for solar customers would be higher than existing ones, but still cheaper than traditional electric rates. Rooftop solar advocates say that when the cost of buying or leasing solar panels is factored in, it may no longer be cheaper to install a solar system than to use conventional power.

NV Energy said Wednesday that while the decision was not what the company proposed, they supported the bill that put the PUC in charge of deciding rules on net metering.

"We support cost competitive renewable energy in all forms, and will continue to work with stakeholders through this interim period to ensure Nevada retains its leadership position in the development of renewable energy," a company statement said.