Exelon says the two-reactor plant, which began commercial operation in 1973, is losing money 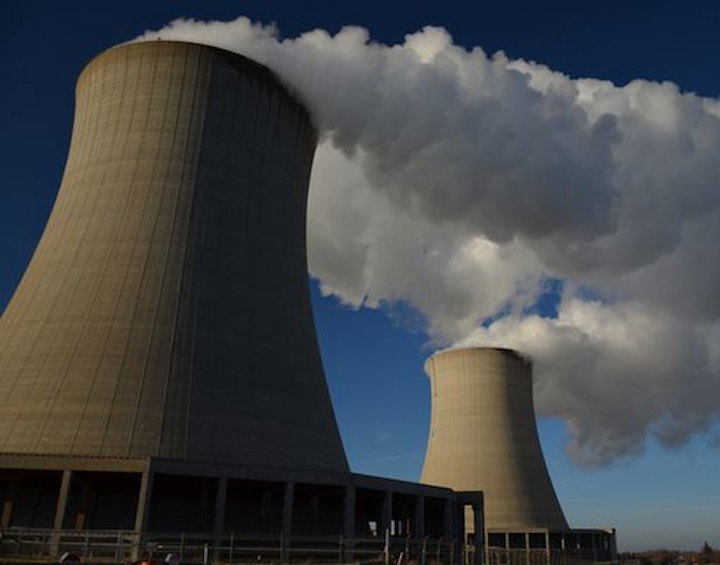 CHICAGO (AP) — The owner of Illinois' 11 nuclear reactors must decide next month whether to close its Quad Cities plant, one of three power plants Exelon Corp. has said are in danger of closing if lawmakers don't approve a surcharge on electric bills to boost profits.

Exelon says it should be rewarded for producing reliable, carbon-free electricity that will help Illinois meet an Obama administration mandate to reduce greenhouse gases. But opponents say ratepayers should not have to bail out an unprofitable plant for a private company that's still making money.

The company learned that one of the at-risk plants — in Byron in northern Illinois — is going to make millions after a recent electricity reliability auction, while the future of the third plant, Clinton in the central part of the state, is still in doubt.

Exelon says the two-reactor plant, which began commercial operation in 1973, is losing money because of higher costs to move electricity along transmission lines shared with wind power and increased competition from lower-cost natural gas-fired plants.

Transmission lines near Quad Cities are not as extensive as those closer to Chicago and also move wind-generated electricity coming from Iowa, Minnesota and Nebraska. That sometimes threatens to overload the lines, leading to higher costs to transmit electricity through the congestion, said Tim Hanley, senior vice president of operations at Exelon Nuclear.

In addition to selling electricity on the open market, Exelon and other power generators that serve a region covering all or part of 13 states and the District of Columbia are paid for guaranteeing a certain electricity supply in the future and during peak demand. Payments are determined by what's called a capacity auction, and natural gas-fired plants are able to bid lower than nuclear plants.

The Quad Cities plant didn't clear the auction for the past two years, meaning the amount Exelon bid, based on operating costs, exceeded the final auction price. Exelon must decide by Oct. 1 whether Quad Cities will continue to operate after May 2017, when current electricity obligations end.

Maybe. Exelon wants lawmakers to approve a monthly surcharge on consumers' electricity bills that would generate about $300 million a year to reward generators that produce carbon-free electricity: nuclear, solar and wind and hydroelectric dams.

Exelon, which has said the three plants could be shuttered without the surcharge, stands to receive most of the money. The company says that's fair because renewable energy is receiving subsidies. "We are fully supportive of free market, but right now it's not really a free market," Hanley said. The company says it would promise to keep the plants open while the surcharge was in effect.

"If Illinois consumers get into the business of bailing out old plants that are not economically competitive, that will become extraordinarily costly," said Howard Learner, who heads the Environmental Law and Policy Center and supports a different bill that would increase renewable energy and emphasize energy efficiency.

Exelon will get hundreds of millions of dollars in higher payments for plants that did clear this year's auction, Learner said. Plus, the state is broke.

Lawmakers didn't act on Exelon's bill in the spring session, and it's unclear whether it will get a hearing this fall amid a state budget crisis. Exelon will keep pushing for a bill this fall and, if necessary, next spring regardless of whether it closes Quad Cities, Hanley said.

Nuclear power doesn't produce carbon, a greenhouse gas that contributes to global warming, and accounts for almost half of the state's electricity.

Environmentalists say Illinois doesn't necessarily need the Quad Cities plant to meet a federal mandate to reduce Illinois' carbon emissions by about 31 percent by 2030 because there is plenty of nuclear power, and the state has time to pump up the market for renewables and efficiency efforts.

Exelon says losing Quad Cities and Clinton — it must decide by the end of the year whether to close that single-reactor plant — would increase emissions and make it more costly for the state to comply with the Clean Power Plan. The Byron plant cleared this year's capacity auction, so it must operate until at least 2019.

The Illinois Environmental Protection Agency is studying the federal rule, including whether to establish a carbon trading program, said Jim Ross, manager of the agency's air pollution control division. That could benefit nuclear power because plants that pollute would have to buy credits if they wanted to continue emitting carbon. The rules also credit existing nuclear plants if they increase output.

But the Clean Power Plan won't take effect for several years, Hanley said, so it might not factor into Exelon's decision about closing Quad Cities.