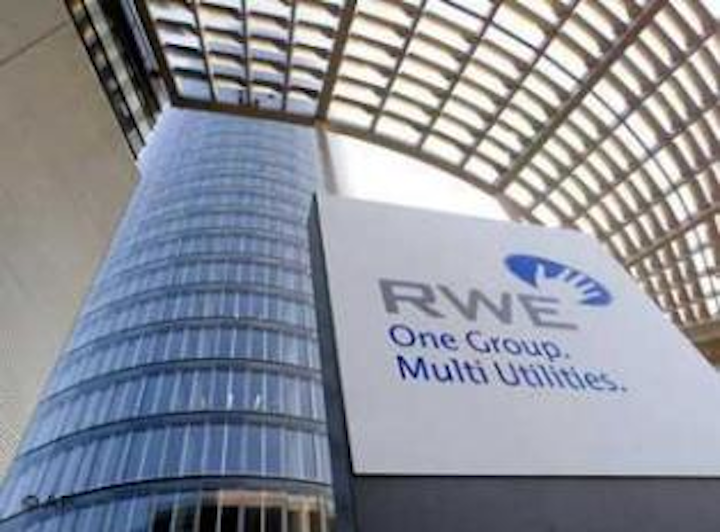 RWE officially launched its power-to-gas plant in the North Rhine-Westphalia location of Ibbenbüren, Germany. The power plant is part of new system that, for the first time ever, links together the supply of local electricity, natural gas and district heating.

Any superfluous electricity from renewable sources is converted into hydrogen so it can be stored within the natural gas network. It can then be recalled from there at a later date for use in electricity production.

A central element of the power-to-gas plant is an electrolyser the size of a shipping container, which was built by the UK firm, ITM Power. The electrolyser converts into hydrogen any power from renewable sources such as solar panels or wind turbines that is not immediately required. It is then mixed into the natural gas network via a gas pressure regulation station where the waste heat of the electrolyser is also used.

In times of low renewable power production, the previously stored natural gas can be siphoned off from the energy storage facility and used in a co-generation plant within the RWE district heating network in Ibbenbüren to generate power.

The combined heat and power generation system used there also leads to much better power use thanks to this new system solution. The power-to-gas plant of RWE in Ibbenbüren has a rated power output of 150 kW and creates hydrogen under 14-bar pressure.