The Southern Co. unit recoups its financing expenses when it borrows money to fund the project 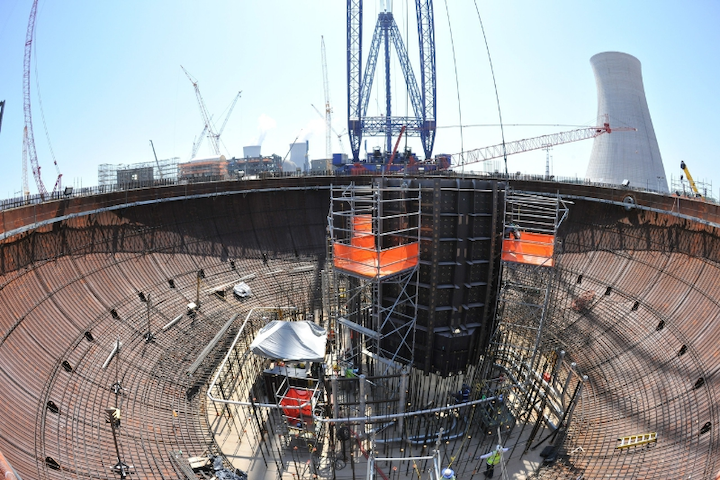 ATLANTA (AP) — Regulators should cut Georgia Power's profits as the cost of its new nuclear plant rises, making it a less-attractive financial deal for the public, an environmental group said.

The Southern Alliance for Clean Energy asked state regulators Friday to trim back Georgia Power's legally permitted profits on money shareholders invest in the project. Trimming those returns would punish the company for poor performance and reduce the overall costs for the company's 2.4 million customers, SACE attorney Robert Baker said.

Georgia Power, a regulated monopoly, is allowed to make a nearly 11 percent profit on the money shareholders invest to build two more reactors at Plant Vogtle, near Augusta. The Southern Co. unit recoups its financing expenses when it borrows money to fund the project.

The elected members of the Public Service Commission could consider that request Aug. 18 when they vote on whether to approve the utility's latest spending on the project. The Republican commissioners have previously opposed changing the utility's profits based on project performance.

As costs escalate, SACE said in its legal filings that Georgia officials might consider finishing the first of the new reactors but mothballing the second. So far, analysts for both Georgia Power and the state say it is cheaper to finish the nuclear plant than halt the project and instead build gas-fired power plants.

"Completing the new units remains the most economic option for customers," even if there are more delays, Georgia Power spokesman Jacob Hawkins said.

Georgia Power, which owns a 46 percent stake in the new plant, now hopes to finish the first reactor in June 2019, with the second following a year later. Time is money in the nuclear power industry. Originally, the utility expected to spend $6.1 billion on the facility. Regulators now expect the company's spending will climb to $8 billion or more.

An identical nuclear plant being built at the V.C. Summer nuclear station near Columbia, South Carolina, has run into similar delays and cost issues.

By law, Georgia Power's customers will pay for construction costs, unless regulators object to the company's spending and force a loss on shareholders. But that decision will not come until 2019 at the earliest.