Greenidge coal plant in New York to be revived without coal

New permitting backs out coal as an allowed fuel 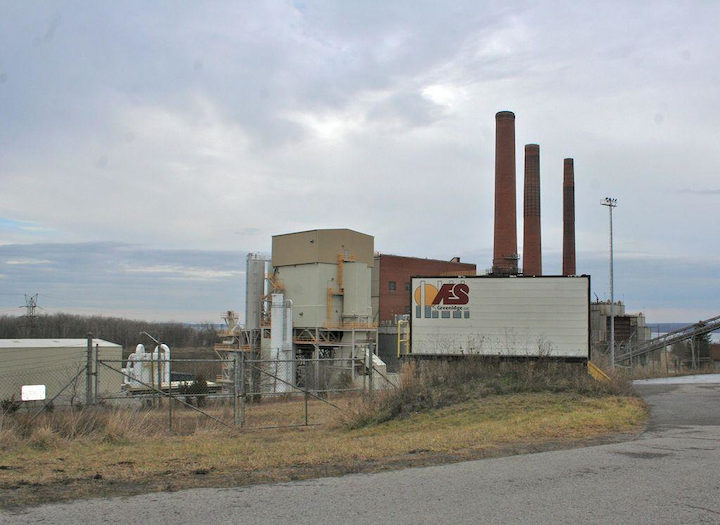 The New York Department of Environmental Conservation is out for public comment until Sept. 11 on an air permit change that would allow the revival of Unit 4 of the Greenidge power plant, shut since 2011, with coal no longer an allowed fuel.

The application is from Greenidge Generation and the plant is located in Yates County, N.Y.

Said an Aug. 12 notice from the department: "Greenidge Generation has applied for a Title V Facility Permit and Title IV (Acid Rain) Facility Permit, for resumption of electric generating operations its Greenidge Generating Station in the town of Torrey. Greenidge Station was in operation as early as the 1930's, with Unit 4 installed in 1953 for a total generation capacity of 161 MW.

“In 2006 improvements to emission control equipment were installed on Unit 4 and in 2011 the plant was placed in protective lay-up status by its prior owner and has not operated since March, 2011. The proposal would reactivate Unit 4 with a generating capacity of 107 MW.

“The unit would not burn coal, but instead be fired with biomass, natural gas and minimal amounts of waste oil, all of which were previously authorized in the facility's prior Title V permit. The sponsor will also fully convert the facility to use natural-gas as the primary fuel."

“In addition, applicant has proposed capping CO emissions at 147.9 tons per year, which is less than a 100 ton/year increase above the calculated baseline emissions of 48.9 tons per year. This will result in all other pollutants, except NOx, being below major source thresholds. NOx emissions under the proposed reactivation will be reduced compared to calculated baseline emissions. A case-by-case NOx RACT limit of 0.12 lbs/MMBtus will be included in the permit.

"Electric generation is powered by a boiler, with a maximum heat input of 1,117 million BTU per hour. The boiler will burn untreated wood, waste wood product from a furniture manufacturer, #2 fuel oil, diesel oil, waste oil and/or natural gas.

"In response to the application the department has prepared Draft Title V and Title IV Facility Permits for the Greenidge Generating Station, and has made a tentative determination to issue the Drafts as the Final Permits."

Greenidge was one of a handful of AES Eastern Energy LP coal plants sold earlier this decade as part of a bankruptcy case for AES Eastern. Said a September 2012 notice that AES sent to the New York State Public Service Commission: "AEE2, LLC ('AEE2'), a wholly owned subsidiary of AES Eastern Energy, L.P., is the owner of, and AES Greenidge, LLC, a wholly owned subsidiary of AEE2, LLC, is the operator of, the Greenidge Unit 4 generating facility located in the town of Torrey in Yates County, New York. On September 17, 2010, AEE2 served notice to the New York State Public Service Commission ('Commission'), the New York Independent System Operator, Inc. ('NYISO') and New York State Electric & Gas Corporation ('NYSEG'), pursuant to the Commission’s Generator Retirement Notice Order, that AEE2 intended to place its Greenidge Unit 4 facility in protective lay-up on March 19, 2011."