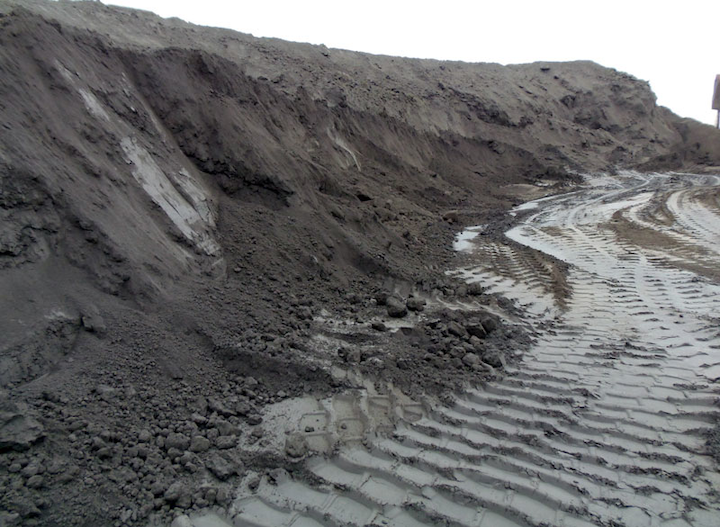 The state Department of Environment and Natural Resources argued in court that the deal between the country's largest electricity company and environmentalists skirted a state law dealing with the decades-old residue left after burning coal to produce power.

That law, called the Coal Ash Management Act, requires Duke Energy to address pollution leaking from all 14 of its North Carolina coal ash dumps by 2029. The law could allow Duke Energy to cap most of the dumps with plastic and leave the ash in place. The law deems dumps at four power plants as high-priority: Asheville, Riverbend in Mount Holly, Sutton in Wilmington, and Dan River in Eden.

Duke Energy and a coalition of environmental groups last month agreed that, if a judge approved, the energy giant would commit itself to excavating the coal ash from three additional power plants: Cape Fear in Moncure, H.F Lee in Goldsboro and Weatherspoon near Lumberton.

DENR argued in court filings Wednesday that deal scraps the law's requirement to analyze which dumps are the most dangerous and prioritize efforts to clean them up while allowing public input.

"Science should inform the decision as to which impoundments are closed first," attorneys for DENR said in a court filing.

Southern Environmental Law Center attorney Frank Holleman countered that DENR was choosing to protect its bureaucratic turf and protect a process that will slow cleanup by many months.

"DENR, which is supposed to be protecting our clean water and our communities in North Carolina, has taken the remarkable step of going to court and opposing a court-ordered cleanup of the dangerous coal ash sites," Holleman said.

Duke Energy is working within the state cleanup law while also trying to get to work faster, spokeswoman Paige Sheehan said.

"We're delivering the scientific analysis, the information, the data, and fully support public participation in the process," Sheehan said. "We are simply seeking to avoid unnecessary litigation in a case where all of the issues have been addressed."

The lawsuit, filed last year under the federal Clean Water Act, accuses Duke Energy of contaminating rivers and groundwater used as sources of drinking water by hundreds of thousands of people.

Duke's unlined ash pits across the state have been under intense scrutiny since a February 2014 spill at the Eden power plant coated 70 miles of the Dan River in gray sludge.

Environmental groups said the new state law didn't go far enough, and they pointed to what they describe as the state's long history of lax enforcement of clean water regulations that should have required Duke to clean up its mess years ago.

The Charlotte-based company pleaded guilty in May to nine criminal violations of the federal Clean Water Act for pollution at its coal-fired Eden, Moncure, Asheville, Goldsboro and Mount Holly plants.