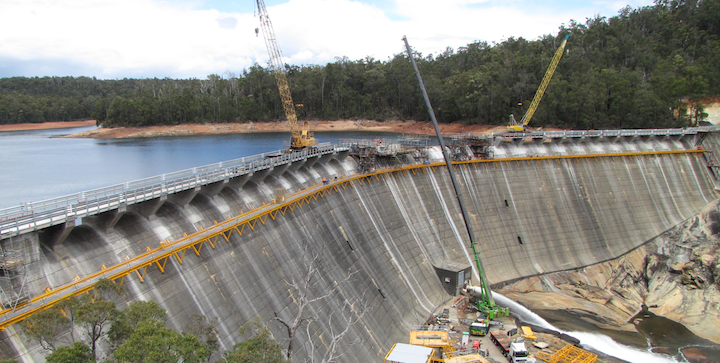 FFP New Hydro the continued expansion of its hydroelectric power portfolio in the U.S. with its closing of a senior loan facility with Crestline Investors, a Texas-based alternative asset management firm, and the acquisition and integration of Rye Development, FFP New Hydro's manager, into the company.

FFP New Hydro has completed these transactions in order to pursue continued development of its portfolio of 21 advanced stage hydropower projects on existing dams across five states, the first of which received a 50-year license from the Federal Energy Regulatory Commission in September of 2014.

The loan will enable FFP New Hydro to advance its portfolio of projects, totaling more than 200 MW of new generation capacity in Pennsylvania, West Virginia, Indiana, Mississippi and Ohio. Once built, the projects will generate about 900 MWh of energy each year, enough to power more than 80,000 homes.

Building on the company's vision to capitalize on existing dams in the U.S. in order to increase hydropower's carbon-free contribution to the nation's electricity needs, the projects will bring substantial infrastructure investment as well as clean renewable energy to these regions.

On the heels of the 21 advanced projects, FFP New Hydro also controls a pipeline of 23 projects in earlier stages of development and FERC licensing. These projects total about 280 MW of generation capacity across eight states, including Kentucky, Pennsylvania, Oklahoma, Louisiana, Alabama, Ohio, Mississippi and Arkansas, and are projected to generate over 1.3 GWh of clean energy a year once constructed.