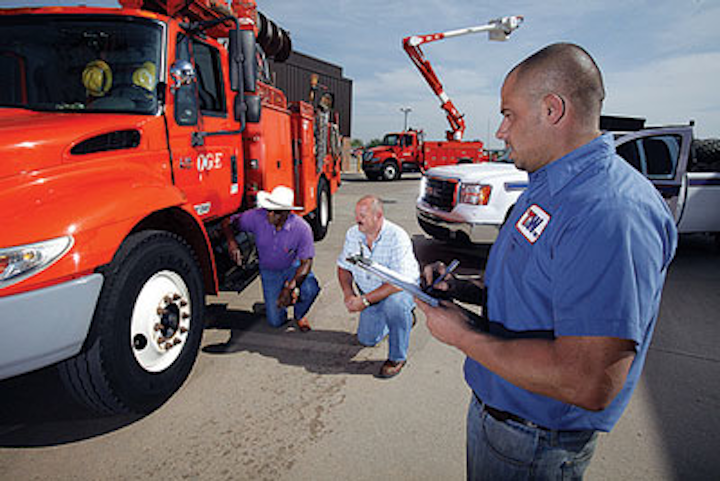 Oklahoma Gas & Electric is seeking state regulatory approval for changing its rate structure due to those customers who put rooftop solar units or other alternative energy additions on their homes. If approved, those specific customers could pay about $15 more per month than they do now.

OG&E asked the Oklahoma Corporation Commission to allow it to change the rate design. A regulatory consultant retained by the utility, Roger Walkingstick, said OG&E is not proposing a surcharge on customers who install distributed energy (DE) units at their homes, but rather “rates based on embedded cost principles.”

“Rates are made up of several components: production (generation) costs, customer costs, energy costs, demand related costs and fuel costs,” Walkingstick said in his written testimony. “Current non-demand rate structures tend to lump these components together which incorrectly provides DG customers with more credit than the actual embedded benefit that is supplied by their DG facilities.”

OG&E’s service territory, which overall has more than 700,000 customers in Oklahoma and eastern Arkansas, has only 245 customers with DG installations, according to the testimony. Of those, 217 are solar, while 201 of the DG installations are less than 6 kW facilities.

Reportedly only 15 of those current customers would be affected by an added tariff if and when it’s approved. The remainder would be exempt if they installed their DG facilities before the Nov. 1, 2014 effective date of Senate Bill 1456, which required new DG tariffs be in place by the end of this year.

“Yes, subsidy has been a long-time issue associated with most DG installations,” Walkingtstick’s testimony reads. “As the price of DG units continue to decline, it is likely more and more DG units will be installed. Therefore, OG&E believes now is the time to address the issue before the number of DG customers becomes significant. If OG&E were to wait to address the issue when the DG customer count is significant, the impact would be economically disruptive to DG customers.”

OG&E currently has three components to its billing—energy and fuel charges (both on kWh basis) and a customer charge. The new structure would add a fourth part for demand charge per kWh.

The Oklahoma City-based utility also has filed a new net-metering plan and optional purchase plan. The current residential DG subscriber with a 4 kW rooftop solar system producing about 475 kWh per month gets a bill reduction of about $43 per month.

Under the new proposal, that reduction would fall to about $28 per month.

Many states, from Massachusetts to Nevada, are battling over distributed generation and net-metering issues (or how much a DG customer is paid for the energy they put back on the grid).