Smoke billowed into the street, but a fire that broke out was quickly extinguished as more than 160 firefighters rushed to the scene 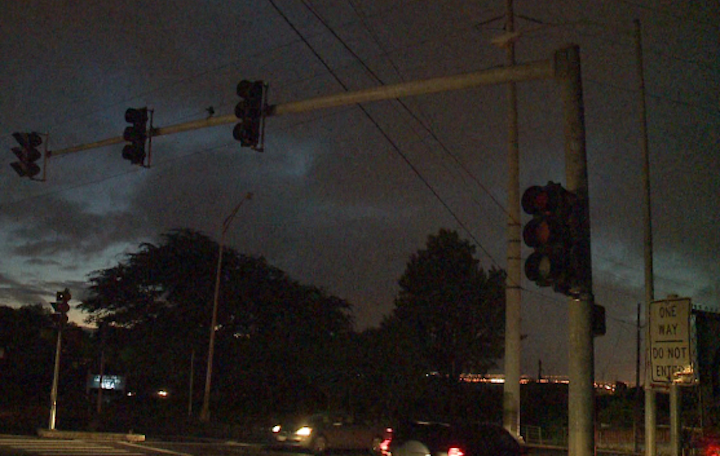 LOS ANGELES (AP) — An electric equipment explosion shook a 19-story office building in downtown Los Angeles, sending two people to the hospital and leaving a dozen surrounding buildings without power for much of Friday.

The blast Thursday night in the downtown business district that is home to offices, bars and restaurants also caused a momentary power outage at the nearby Staples Center, where a Shania Twain concert was underway, arena officials said.

Smoke billowed into the street, but a fire that broke out was quickly extinguished as more than 160 firefighters rushed to the scene, according to the Los Angeles Fire Department.

The explosion broke pipes, flooded part of the building's basement and rendered the fire-safety system inoperable, but the structure itself appeared to be sound, fire department spokesman Brian Humphrey said.

A woman with head pain and a man with back pain were taken to hospitals, while two others checked at the scene declined treatment, Humphrey said.

The blast caused extensive damage to an industrial power station, cutting electricity to 12 nearby buildings, the Los Angeles Department of Water and Power said in a statement.

Power was rerouted and restored to those buildings late Friday afternoon, though the building where the explosion occurred remained without electricity.