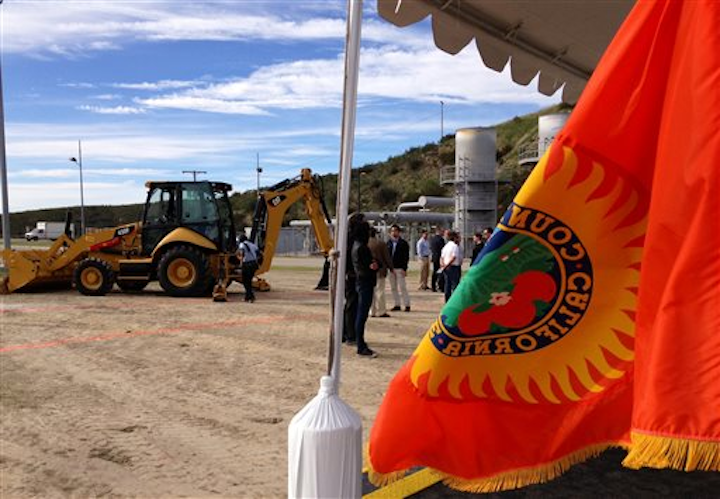 SANTA ANA, Calif. (AP) — When most Californians think about the source of renewable energy flowing into their homes, they picture wind turbines and solar panels — not garbage.

The little-known source of electricity has flowed into California's power grid for decades, but a groundbreaking Thursday for yet another trash-driven power project at a massive Orange County landfill could be one of the last on the books. With the evaporation of tax credits and grants and dropping natural gas prices, the waste pit near Irvine is one of the last in the nation that's large enough to generate enough power to be profitable.

The $60 million plant is expected to generate 20 MW of electricity when it opens in a year — enough to power 14,500 homes — and will be about four or five times bigger than most garbage-to-power projects. There are currently 62 landfills in California that produce electricity using the methane that comes from naturally decomposing organic waste, three under construction and five in the planning process. 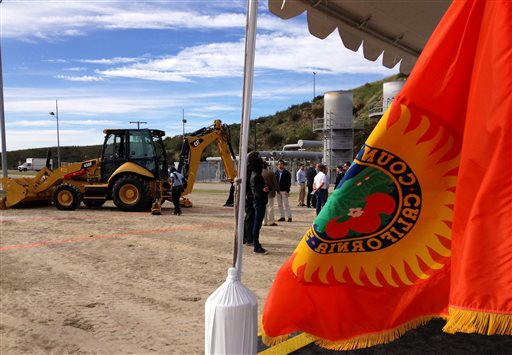 The U.S. Environmental Protection Agency has identified 371 landfills around the nation that could be used for similar projects, but advocates in the renewable-gas industry believe 5 percent of those will be built.

The project being announced Thursday comes amid ambitious new goals from California Gov. Jerry Brown, who said last week he wants half of the state's electricity to be generated by renewable resources by 2030. The state is on track to meet a goal of having one-third of its electricity come from renewable sources by 2020, he said.

In Orange County, where three other landfills already produce electricity, the project seemed a natural fit. Bowerman Power, which is owned by Montauk, will pay the county a royalty for the right to convert the landfill's methane and has a contract to sell the electricity to Anaheim Public Utilities. The financing does not include any tax breaks, subsidies or other incentives.

"The economics are different than what the industry was seeing a few years ago," Davis said. "There were a lot of projects built in a very short period. This was not one of them."

Montauk began the planning for the project in 2008, but it was sidelined by falling natural gas prices and other hurdles. But the final closure of the San Onofre nuclear power plant in 2013 left a void in regional power sources, and the landfill project was "shovel ready," Davis said.

"We're creating methane from just the breakdown of trash. It doesn't cost us anything, and so why wouldn't we burn that off to make power?" said Orange County Supervisor Todd Spitzer, whose district includes the Irvine landfill. "This is the way of the future."

Landfills are required to trap the methane that seeps out of decomposing organic waste. Those that don't convert it to power or send it elsewhere burn it off in flares. Most use a complex system of perforated pipes embedded in the garbage to draw off the methane and collect it through well heads dotted across the landfill that use valves and a vacuum to prevent leaks.