The German-Dutch transmission grid operator has accepted the project following successful completion of test runs by Siemens. The grid connection is therefore now in commercial operation 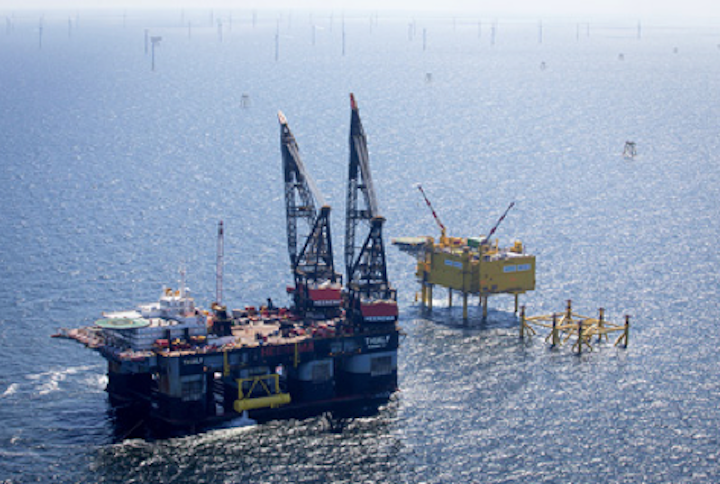 Siemens has handed over the first North Sea grid connection, BorWin2, to its customer TenneT. The German-Dutch transmission grid operator has accepted the project following successful completion of test runs by Siemens. The grid connection is therefore now in commercial operation.

The offshore platform of the BorWin2 grid connection is located off the German coast — northwest of the island of Borkum, after which the project was named. With this grid connection it is now possible to transmit 800 MW of renewable electricity from wind power, enough to supply around one million German households. 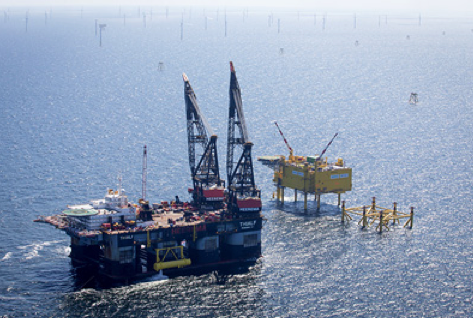 The BorWin2 offshore platform is 167 feet wide, 236 feet long, 82 feet high and, with its baseframe, weighs around 16,000 metric tons. Siemens installed the platform at this 128-feet-deep North Sea location back in April 2014. The Global Tech 1 wind farm, with its 80 wind turbines, is linked to BorWin2. Fifty percent of the grid connection capacity of BorWin2 is available for connection of a second wind farm.

The network operator TenneT contracted the consortium consisting of Siemens and the Italian cable specialist Prysmian for the BorWin2 offshore grid connection in summer 2010. Siemens is now implementing five North Sea grid connection projects for TenneT: HelWin1 (576 MW) and HelWin2 (690 MW) off of Helgoland, BorWin2 (800 MW) and BorWin3 (900 MW) off of Borkum and SylWin1 (864 MW) off of Sylt.

The next three grid connections, Sylwin1, HelWin1 and HelWin2, are nearly completed and are scheduled to take up commercial operation in the first half of 2015.

Siemens received its latest order for a grid connection in the North Sea, BorWin3, in a consortium with Petrofac in the spring of 2014. Commissioning of this fifth grid connection from Siemens is scheduled for 2019. The grid connections implemented by Siemens for TenneT will have a total transmission capacity of more than 3.8 GW, providing electricity from offshore wind power to supply around five million households.