Gov. Baker said he was troubled by the Nuclear Regulatory Commission's downgrading of the plant's safety rating 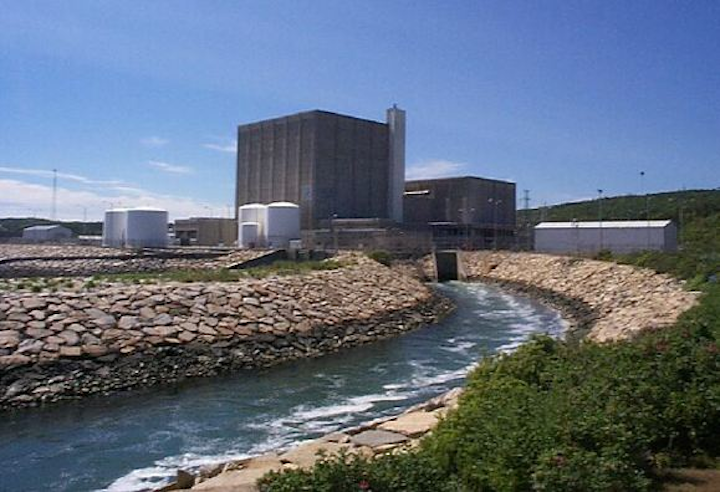 BOSTON (AP) — One day after federal regulators said they were stepping up oversight of Massachusetts' only nuclear power plant, Gov. Charlie Baker called on owners of the Pilgrim Nuclear Power Station to take "corrective actions" considering its series of unplanned shutdowns over recent years.

Pilgrim shut down automatically during a Jan. 27 blizzard when an electric connection to the grid was interrupted, and it also was taken offline during a later storm.

In a letter Thursday to Entergy Nuclear Operations, Baker said he was troubled by the Nuclear Regulatory Commission's downgrading of the plant's safety rating and decision to ramp-up inspections in light of the storm-induced shutdown that involved the facility's safety relief valves. The Republican, who cited unplanned shutdowns dating back to 2013, said the company must ensure the plant meets the highest safety standards and its operations comply with all NRC rules.

Baker also sent a copy of the letter to Dan Dorman, the NRC's regional administrator, and said that the federal agency should take "swift action" if inspections revealed additional problems.

But activists opposed to Pilgrim urged Baker on Thursday to go further and call on the NRC to close the plant. About a dozen Pilgrim opponents delivered a letter at the Statehouse, asking Baker to seek the immediate closure and decommissioning of "a dangerous and error prone facility." They said in the letter that Baker's previous expression of confidence in the safety of the plant was unwarranted in light of the NRC's downgrading.

Baker was not at the Statehouse at the time. Mindy d'Arbeloff, Baker's deputy chief of staff, accepted the group's letter and in turn read portions of the letter the governor had sent the New Orleans-based company.

Diane Turco, a member of the group Cape Downwinders, responded that Baker was merely throwing the ball back into Entergy's court.

In his letter, Baker said: "While I am reassured by the NRC's decision that Pilgrim Station continues to operate safely and that the specific issues are of low to moderate safety significance, I nonetheless urge Entergy to take all steps necessary to perform an appropriate root cause analysis of the shutdowns and to complete all necessary repairs and corrective actions."

In response, Entergy Wholesale Commodities president Bill Mohl promised the company would communicate to officials and to local residents the steps it was taking to improve operations.

"We look forward to a continued close and thorough examination of operations at Pilgrim," Mohl said in a statement. "We have made changes and equipment upgrades that have already resulted in positive enhancements to operational reliability."