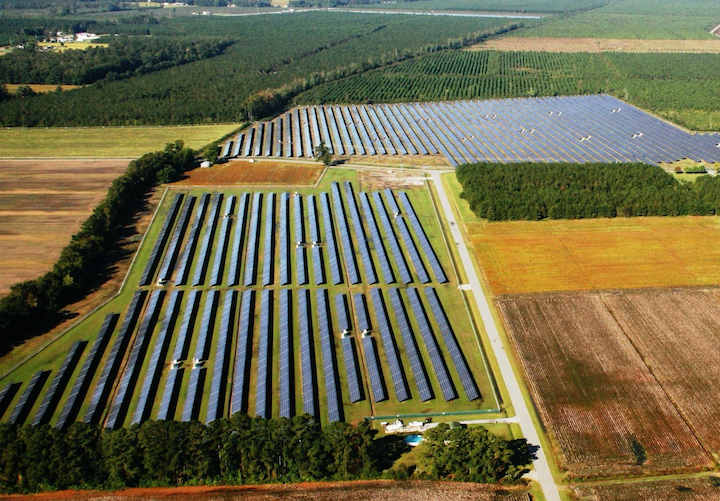 The renewables unit of utility giant Duke Energy Corp. announced Wednesday it has completed four solar power projects in North Carolina that will add 30 MW of capacity to its portfolio in that state.

Altogether, Duke has an additional 132 MW of solar power capacity expected to be completed by the end of this year. The 2015 solar portfolio overall will grow 160 MW in North Carolina, according to the release.

"With these additions to our existing 105 MW portfolio, we are more than doubling our solar capacity in North Carolina," said Greg Wolf, president Commercial Portfolio, Duke Energy, in a statement. "Providing increasingly clean power is important to our company and customers, and we are pleased to take part in the state's growing solar industry."

These facilities will produce enough energy to power about 32,000 average homes. Mooresville, North Carolina-based SunEnergy1 is the developer and builder for the projects.

"We are proud to be continuing our long-term relationship with Duke Energy Renewables," said Kenny Habul, CEO SunEnergy1. "This significant amount of solar installations in small towns has provided a massive boost to the local economies and jobless rates. We applaud Duke Energy Renewables for their investment and their vision for renewable energy."

Shawboro, a 20 MW solar site announced in July, is under construction in Currituck County, bringing the 2015 projects to a total of 160 MW.