At one time, the two Willow Glen units were projected to run until 2027 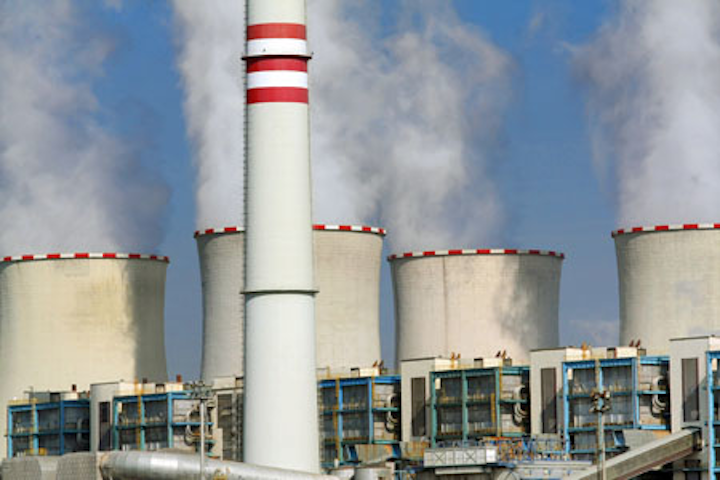 Entergy Corp. now officially plans to deactivate the gas-fired Willow Glen 2 and 4 steam units, though the date or dates for those shutdowns is redacted from the public version of a Sept. 4 filing at the Louisiana Public Service Commmission.

Entergy representative Anthony P. Walz. on Sept. 4 submitted rebuttal testimony on behalf of Entergy Gulf States Louisiana, responding to certain aspects of Occidental Chemical Corp.'s testimony in a case involving an Entergy request to purchase capacity at an existing gas-fired combined cycle plant in Arkansas. This would be Power Blocks 3 and 4 at the Union Power Station. The other power blocks at UPS would be bought by other Entergy units.

"Oxy recognizes that EGSL’s need increases but suggests incorrectly that the assessment of EGSL’s capacity need in 2023 is unreliable because it relies on a projection eight years in the future. The reality is that EGSL’s resource need doesn’t suddenly materialize in the year 2023. It grows throughout the period even without consideration of the deactivation of Willow Glen Unit 2 ('WG2') and Willow Glen Unit 4 ('WG4'). By 2018, EGSL’s projected need is projected to reach nearly 2,000 MW.

"In addition, when the Entergy Operating Committee reallocated the UPS capacity, the Entergy Operating Committee considered the facts and circumstances existing at that time. Those considerations included the business combination. When one assesses the combined needs of EGSL and ELL, as Staff witness Dr. James Thomas McGuckin did in his supplemental testimony, the need is even greater than EGSL on a standalone basis and justifies capacity additions over and above the acquisition of PB3 and PB4.

"The reallocation of UPS was conducted in a rational manner considering the facts and circumstances existing at the time. The original Asset Purchase Agreement provided for an alternative (i.e., contingent) allocation in the event that Entergy Texas, Inc. ('ETI') did not acquire Power Block 1 ('PB1'), which had been allocated to ETI. That contingent allocation would have resulted in EGSL receiving all of PB1 in addition to 80 percent of PB3 and PB4. ETI’s decision not to acquire PB1 provided an opportunity to reconsider the allocation of UPS in light of the best available information at the time. Far from being a 'haphazard, make-it-up-as-you-go exercise' as asserted by Oxy, the Entergy Operating Committee’s decision to reallocate UPS represented a disciplined and methodical process consistent with the Entergy System’s long-standing planning principles. It considered the facts and circumstances then appertaining, including the updated status of WG2 and WG4.

"The fact that the opportunity for EGSL to retain 100 percent of PB3 and PB4 derives from ETI’s decision not to pursue acquisition of PB1 does not lessen the benefits of PB3 and PB4 for EGSL customers. Nor does it affect EGSL and the Combined Co.’s resource needs."

At one time, the two Willow Glen units were projected to run until 2027.

"The planning assumption for WG2 and WG4 at the time the Entergy Operating Committee originally allocated UPS was based on the information then available, which indicated that both units would be operated through 2027," Walz wrote. "Fossil Operations had assessed both units and informed System Planning and Operations ('SPO') that both units would deactivate in [redacted time] unless additional investment was made to sustain the units. SPO assessed the economics of the two units and determined, based on the available cost estimates, that it would be economic to continue to operate the units beyond [redacted date]. In the second half of 2013, resource plans began to assume that WG2 and WG4 would continue to operate beyond [redacted time] based on the results of preliminary analysis.

"Further assessment of the units during the remainder of 2014 and 2015 indicated that the cost of sustaining the units through 2027 was likely to be much greater than originally estimated. By the time that the Entergy Operating Committee reallocated UPS capacity it appeared likely that the most economic disposition of WG2 and WG4 was to deactivate both units in [redacted time]. Accordingly, the reallocation analysis assumed that the units would be deactivated. The reasonableness of that assumption was confirmed the following month when the Entergy Operating Committee decided to deactivate WG2 and WG4 effective [redacted time].

"It should surprise no one familiar with the Entergy System’s planning process or the Co.’s resource portfolio that older gas-fired steam units are aging and are at risk for deactivation sooner than may be assumed at any particular point in time."

The Union Power Station is a 1,980 MW (summer rated) facility that entered commercial service in 2003 and consists of four combined-cycle natural gas-fired generating units, called Power Blocks 1-4. Entergy announced in December 2014 that three of its subsidiaries, Entergy Texas, Entergy Arkansas, and Entergy Gulf States Louisiana, had entered into an asset purchase agreement to each buy a portion of the station.

Occidental, in the Aug. 24 brief that Walz was responding to, said that Entergy only recently, in prior testimony from Walz, brought up the deactivations of Willow Glen Units 2 and 4. "Mr. Walz goes on to explain that, if Willow Glen 2 and 4 are deactivated, EGSL’s purported 2016 capacity shortfall will increase from 600 MW to 700 MW," Oxy added. "The insertion of Willow Glen 2 and 4’s retirement into the analysis of the capacity resource acquisition at issue in this proceeding is brand new and appears to be a post-hoc rationalization designed to bolster EGSL’s acquisition of the additional 198 MW of Power Blocks 3 and 4. If Willow Glen 2 and 4 are 'candidates for deactivation' as asserted by Mr. Walz, it begs the question as to why this was not raised to the Commission sooner."