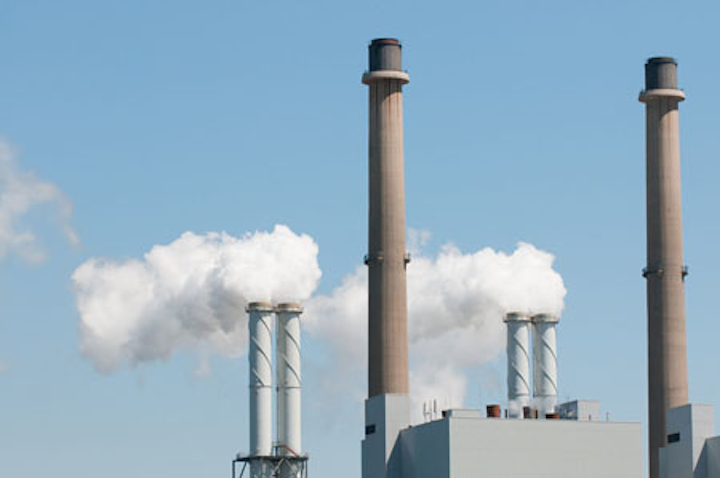 Responding to a notice of appeal from several states, including coal-reliant West Virginia and Kentucky, the U.S. Environmental Protection Agency on Aug. 31 told a federal court that its Clean Power Plan can't be appealed because it is not final until it is published in the Federal Register.

Federal courts rejected appeals by parties like coal producer Murray Energy when the Clean Power Plan was in its proposal stage, which lasted for about a year. Then in early August, EPA issued the final version, which included a number of changes from the proposed version, including a two-year pushback to 2022 for the interim compliance deadline, and a new greenhouse gas reduction target from existing power plants of 32 percent (up from the original 30 percent) by 2030. But the final rule has not yet been published in the Federal Register, even though the clock is already ticking for states to comply with it.

The petitioners in this lawsuit against the final version of the rule at the U.S. Court of Appeals for the D.C. Circuit are West Virginia, Alabama, Arkansas, Florida, Indiana, Kansas, Louisiana, Michigan, Nebraska, Ohio, Oklahoma, South Dakota, Wisconsin, Wyoming and Kentucky.

Said EPA's Aug. 31 brief opposing their appeal: "Petitioners once again prematurely attack EPA’s Clean Power Plan ('the Rule') and attempt to bypass the straightforward, and soon available, judicial review procedures in the Clean Air Act (the 'CAA' or the 'Act') by invoking the All Writs Act. This Court has already concluded in a decision issued earlier this summer that Petitioners must adhere to those procedures in challenging the Rule [in the Murray Energy case]. Those procedures plainly provide that petitions for review of final rules under the Act must be filed 'within sixty days from the date notice of...promulgation...appears in the Federal Register.' Publication in the Federal Register, while shortly forthcoming, has not yet occurred. Thus, both the plain terms of the Act and this Court’s binding precedent compel dismissal of these petitions.

"Even if the All Writs Act authorized judicial review, the requested extraordinary relief is wholly unwarranted. Petitioners can point to no harm that they will suffer in the brief period before the Rule is published in the Federal Register, which should occur within a period of less than two months and after which they will have a full and fair opportunity for judicial review. The Rule is not legally effective until 60 days after it is published, and it does not contain imminent deadlines. Far from it. The carbon pollution standards for fossil fuel-fired power plants required by the Rule will not begin to go into effect until at least 2022 – seven years from now.

"Although the Rule instructs the states to submit plans to implement those standards, and imposes a September 2016 deadline for the submission of a state plan, a state may obtain a two-year extension of that deadline by submitting, by that same date, a minimal initial submittal. Thus the earliest plan-related submissions under the Rule are 12 months away and are not burdensome should the state elect to request the full three years to complete plans. Moreover, a state may elect to have EPA do the work required to implement standards within the state – in which case the state need not make any submission at all. States that submit their own plans pursuant to the Rule have a full three years – until September 2018 – to do so (assuming states pursue an easily obtainable extension). Accordingly, Petitioners do not face any irreparable harm from the deadlines in the Rule, let alone any irreparable harm in the brief period of time before they may file a lawful challenge to the Rule under the CAA. There is absolutely nothing that Petitioners are required to do in this brief period before Rule publication.

"Nor are Petitioners clearly and indisputably entitled to relief with respect to the merits of their claims, as required for issuance of an extraordinary writ. EPA has well-established authority under section 111 of the CAA, 42 U.S.C. § 7411, to establish emission guidelines for carbon dioxide ('CO2') emissions from power plants. Indeed, the Supreme Court has already specifically concluded that EPA has this authority [in a 2011 case involving American Electric Power].

"The public interest also strongly weighs in favor of denying this second effort to circumvent the CAA’s judicial review procedures. The challenged Rule addresses greenhouse gas pollution that poses a monumental threat to the United States by causing long-lasting changes in our climate, resulting in an array of severe negative effects on public health and welfare. The Rule will secure critically important reductions in greenhouse gas emissions from the largest emitters in the United States. Disruption of this important Rule before it has even been published, and before other parties with an equally strong interest in judicial review proceedings have a fair opportunity to participate and be heard, would frustrate the public interest. In short, these petitions should be promptly dismissed."

Parties to the case have a deadline of Sept. 4 to respond to EPA's Aug. 31 brief.