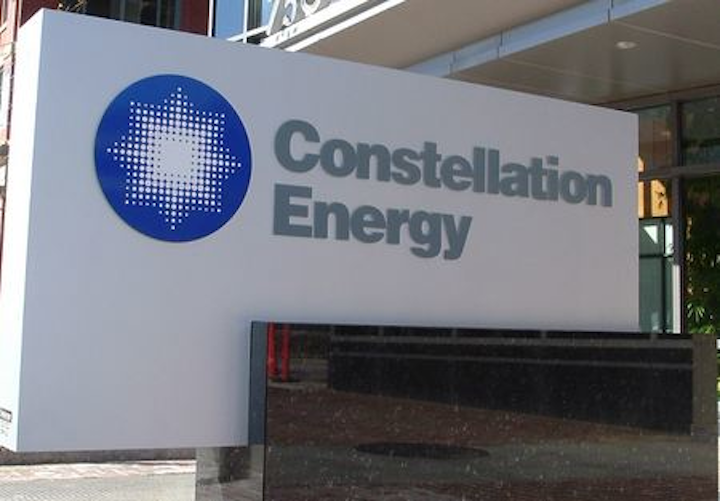 The National Hockey League and its official energy services partner, Constellation, will extend their joint commitment to improve environmental sustainability within the sport of hockey for Kraft Hockeyville USA, the Sept. 29 preseason game between the Pittsburgh Penguins and Tampa Bay Lightning at the Cambria County War Memorial Arena in Johnstown, Pa.

As part of the Arena’s electricity supply agreement with Constellation, energy efficient LED lighting will be installed throughout the facility, including above the ice surface to reduce glare and improve game presentation and visibility for players. Installed with support from Sylvania Lighting Solutions, an Osram Americas company and local Constellation channel partner, the new lighting will help the arena to control electricity and maintenance costs.

As a result of the LED lighting upgrade, the Arena is expected to reduce electricity consumption by more than 25 percent and avoid the creation of 336,836 pounds of carbon dioxide annually. The upgrade requires no upfront investment from the Arena through Constellation’s Efficiency Made Easy program, which combines energy supply with energy conservation measures.

In addition to Constellation’s implementation of LED lighting improvements, Johnstown’s Cambria County War Memorial Arena is currently undergoing $150,000 in upgrades to its ice-making equipment and youth locker rooms, with support from Kraft, the NHL and the NHLPA, to provide a better game experience for community members year-round.

As the official energy services partner of the NHL, Constellation conducts energy efficiency analyses and recommends energy management strategies for the NHL’s facilities.

Constellation is also a supporter of NHL Green, the comprehensive environmental sustainability initiative launched by the League in 2010 to address the effects of climate change and freshwater scarcity on the game of hockey. The NHL is the first professional sports league in North America to issue a sustainability report, documenting and disclosing the League’s carbon footprint.

Greenhouse gas emissions from League activities during Kraft Hockeyville USA – from electricity consumption to player travel – will be counterbalanced through Green-e Energy certified renewable energy certificates and carbon offsets, supplied at the NHL’s request by Constellation. Through its partnership with Constellation, the NHL now ranks as the 17th largest user of green power in the U.S., according to the EPA’s Green Power Partnership.