Basin Electric previously received the international award in 2005 and the Dakotas Chapter 72 Employer of the Year Award in 2014. 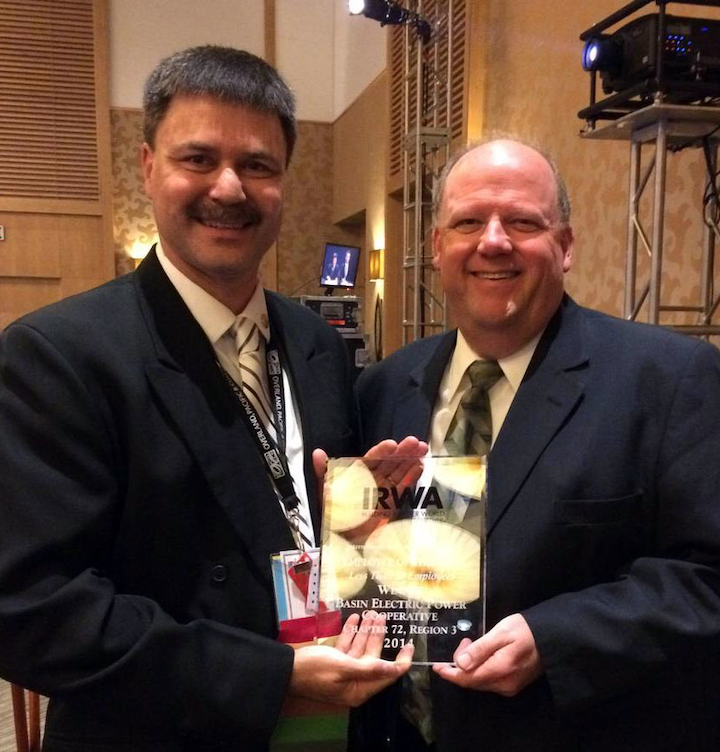 Basin Electric was awarded the International Right of Way Association’s (IRWA) 2014 Employer of the Year Award for right of way staffs of 20 or less people at the 61st annual IRWA Education Conference on June 15 in San Diego.

Competing for the international honors were companies in the U.S., Canada, Mexico, South Africa and Nigeria.

“I was pleasantly surprised to be recognized for our hard work and for Basin Electric’s dedication to providing opportunities to staff,” Murray said. “Our staff gets very good support from Basin Electric in terms of education and leadership development. We have very skilled and knowledgeable employees on our team.”

Basin Electric previously received the international award in 2005 and the Dakotas Chapter 72 Employer of the Year Award in 2014.