Pence says Indiana will not comply with coal plant regulations 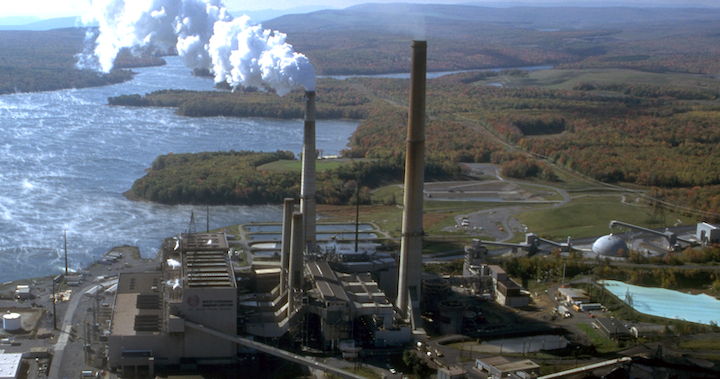 The proposal as currently written, known as the Clean Power Plan, will make Indiana electricity more expensive and less reliable and hurt economic growth in Indiana and across the nation, Pence wrote in a letter to Obama.

The plan targets pollution from the coal-fired power plants that Indiana relies on. Pence said the Indiana coal industry employs more than 26,000 people.

"If your administration proceeds to finalize the Clean Power Plan, and the final rule has not demonstrably and significantly improved from the proposed rule, Indiana will not comply. Our state will also reserve the right to use any legal means available to block the rule from being implemented," Pence wrote.

Indiana is not the only state to defy the president on the issue. Oklahoma's Republican Gov. Mary Fallin issued an executive order in April prohibiting her state from developing a plan to reduce its carbon dioxide emission from power plants.

The Environmental Protection Agency is expected to release the final rule in August. As proposed by the EPA last year, the plan would require Indiana to reduce its 2005 level of carbon emissions by 20 percent by 2030. Each state is responsible for drawing up an effective plan to meet its goal.

"Our nation needs an 'all of the above' energy strategy that relies on a variety of different energy sources," Pence wrote to Obama. "Energy policy should promote the safe, environmentally responsible stewardship of our natural resources with the goal of reliable, affordable energy. Your approach to energy policy places environmental concerns above all others."

By not complying with the rule, Indiana would refuse to file a state plan to meet its carbon emissions goal. As a result, the EPA would impose a federal plan on Indiana, which the state then would likely challenge in court.

EPA spokeswoman Melissa Harrison issued a statement saying the draft final rule that "will deliver a clean, affordable and reliable electricity supply, drive American innovation and American jobs, and that will demonstrate U.S. leadership within the international community."

"In the EPA's nearly 45-year history, emissions from power plant pollution have decreased dramatically, improving public health protection for all Americans, while the economy has grown. EPA's plan will not change that," Harrison said.

Pence's letter was praised by the coal industry and investor-owned utilities but panned by an environmentalist.

"Governor Pence has shown repeatedly that his allegiance lies not with protecting our families, but with protecting the profits of Big Coal and dirty fossil fuels. We deserve better," said a statement issued by Jodi Perras, Indiana representative for the Sierra Club's Beyond Coal campaign.

The Union of Concerned Scientists said in a statement that Indiana can meet its 2030 goal by reinstating an energy efficiency standard that it repealed last year, encouraging greater use of renewable energy, and creating a regional program that allows Midwest states to work together to reduce emissions.

Mark Maassel, president of the Indiana Energy Association, which represents the state's investor-owned utilities, said the group believes "the Clean Power Plan will be extremely costly for Indiana customers, which also means it's also bad for the economy. It's very questionable whether it will be supported in the courts."

A federal appeals court earlier this month threw out a lawsuit from a coalition of Indiana and 14 other states that claimed the EPA exceeded its authority last year when it proposed climate change plan.