Vortex’s wind forecasting tool to be deployed in India

Wind modeling specialist Vortex has partnered with India’s National Institute of Wind Energy (NIWE) to enhance wind forecasting in Tamil Nadu state. The project was announced on May 13, 2014, and will help Tamil Nadu’s state-owned electricity generation and distribution utility, Tangedco, better manage fluctuations in wind output in the region. 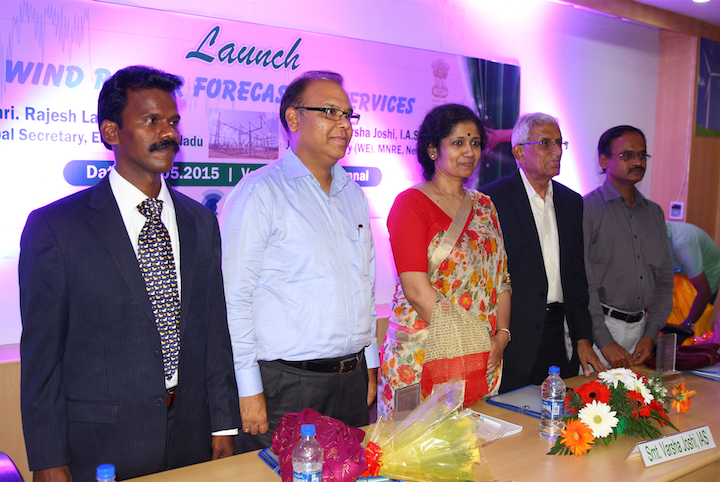 Wind modeling specialist Vortex has partnered with India’sNational Institute of Wind Energy (NIWE) to enhance wind forecasting in Tamil Nadu state. The project was announced on May 13, 2014, and will help Tamil Nadu’s state-owned electricity generation and distribution utility, Tangedco, better manage fluctuations in wind output in the region.

India is currently ranked fifth in the global wind energy league with more than 23 GW of installed capacity. Spurred by the state’s support for renewables (http://www.elp.com/articles/2015/05/india-s-modi-promises-renewable-power-less-pollution.html), wind energy generation capacity in India could rise by 5 GW per year over the next decade. According to the Global Wind Energy Association (GWEC), India could reach 49 GW by 2020 under a moderate scenario, which would involve €6.6 billion of investments per year by 2020.

To help improve wind forecasting accuracy, Barcelona-based wind modelling expert Vortex has joined forces with India’s National Institute of Wind Energy (NIWE) on a first-of-its kind project. This project is designed to provide forecasts of output from the wind farms connected to five substations at Kayathar and Udumalpet. This approach will then be extended to all 120 substations serving the 7,420 MW of installed wind capacity in Tamil Nadu

K Boopathi, director and head of wind resource assessment unit at NIWE, said at the project’s unveiling that the institute would gather wind data from various wind farms across the state and work with Vortex to arrive at wind power generation estimates for the following day for the entire installed capacity.

India’s Central Electricity Regulatory Commission (CERC) made wind power forecasting mandatory for wind farms of more than 10 MW capacity two years ago, and wind farm owners have been forecasting at an individual unit level ever since. This is the first time the exercise is being attempted on a state-wide basis, allowing the grid operator in the state load dispatch center (SLDC) to exploit the forecast and real-time data on wind power generation at the substation level to schedule evacuation of power, switching off gas and hydro-based units as and when wind generation changes.