Nevada is now the No. 2 state for new solar power capacity 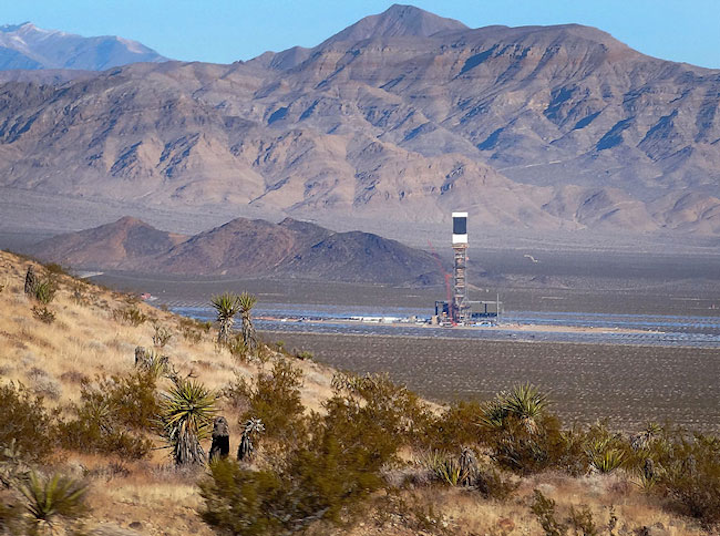 Continuing its strong growth from 2014, Nevada ranked second in the nation in new solar capacity added in the first quarter of this year, according to the recently-released U.S. Solar Market Insight Report compiled by GTM Research and the Solar Energy Industries Association (SEIA).

Powered by the completion of the sprawling Copper Mountain 3 project in Boulder City, which was developed by First Solar, Nevada added 97 MW of new solar capacity in Q1, bringing its statewide total to 886 MW — enough to power 135,000 homes. Most impressively, the 97 MW added in the first quarter represents a significant 272 percent increase over the same quarter last year.

The report went on to point out that Nevada had increases in Q1 across all solar sectors, with utility-scale projects leading the way. But the residential and commercial markets also showed progress, with installed system prices dropping 12 percent in the last year — and down nearly 50 percent since 2010. All totaled, $163 million was invested in Nevada in the first quarter — and $732 million since the beginning of 2014.

From an environmental perspective, solar installations in Nevada are helping to offset more than 1 million metric tons of harmful carbon emissions, which is the equivalent of removing 225,000 cars off state roads and highways. The use of solar is also helping to reduce water consumption by utilities, which is critically important considering the vital Lake Mead reservoir last summer reached its lowest water levels since the lake was first filled during the construction of the Hoover Dam in the 1930s.