The Supreme Court says that the EPA overreached. 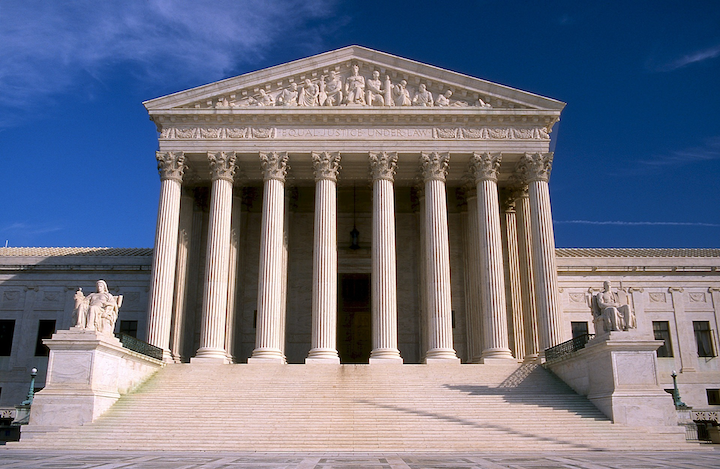 WASHINGTON (AP) - The Supreme Court ruled Monday against the Obama administration's attempt to limit power plant emissions of mercury and other hazardous air pollutants, but it may only be a temporary setback for regulators.

The justices split 5-4 along ideological lines to rule that the Environmental Protection Agency did not properly take costs into account when it first decided to regulate the toxic emissions from coal- and oil-fired plants.

The EPA did factor in costs at a later stage, when it wrote standards that are expected to reduce the toxic emissions by 90 percent. But the court said that was too late.

The rules, which took effect in April, will remain in place while the case goes back to a lower court for the EPA to decide how to account for costs, environmental advocates say.

They were supposed to be fully in place next year. At issue was whether health risks are the only consideration under the Clean Air Act.

The challenge was brought by industry groups and 21 Republican-led states, which argued that the regulations were too costly for coal miners, businesses and consumers.

Writing for the court, Justice Antonin Scalia said the EPA was unreasonable in refusing to consider costs at the outset.

"The agency must consider cost - including, most importantly, cost of compliance - before deciding whether regulation is appropriate and necessary," Scalia said.

In dissent, Justice Elena Kagan said it was enough for EPA to consider costs later in the process.

"Over more than a decade, EPA took costs into account at multiple stages and through multiple means as it set emissions limits for power plants," Kagan said. She was joined by the court's liberal members.

The EPA said it is reviewing the court's decision and will determine any appropriate next steps once a review is completed.

"EPA is disappointed that the Supreme Court did not uphold the rule, but this rule was issued more than three years ago, investments have been made and most plants are already well on their way to compliance," EPA spokeswoman Melissa Harrison said.

Indeed, more than 70 percent of power plants already have installed controls to comply with the rules, said Vicki Patton, an attorney at the advocacy group Environmental Defense Fund.

"EPA already has an economic analysis that it can rely on to demonstrate that the public health benefits of the standards far outweigh the costs," Patton said.

The case is the latest in a string of attacks against the administration's actions to use the Clean Air Act to rein in pollution from coal-burning power plants.

Senate Majority Leader Mitch McConnell, R-Ky., called the ruling "a cutting rebuke to the administration's callous attitude." He said it "serves as a critical reminder" to state governors, who are awaiting more EPA rules this summer aimed at curbing pollution from coal-fired power plants that is linked to global warming.

States have already challenged those rules even before they are final, and Congress is working on a bill that would allow states to opt out of any rules clamping down on heat-trapping carbon dioxide.

White House spokesman Josh Earnest called out McConnell for reprising his suggestion that governors should flout EPA regulations. He said McConnell was not advocating in the best interests of the American public.

House Majority Leader John Boehner, R-Ohio, suggested that the high court ruling gives opponents an opening "to protect the jobs and energy that are still at risk under this administration."

In the case of the mercury rules, the costs of installing and operating equipment to remove the pollutants before they are dispersed into the air are hefty - $9.6 billion a year, the EPA found.

But the benefits are much greater, $37 billion to $90 billion annually, the agency said. The savings stem from the prevention of up to 11,000 deaths, 4,700 nonfatal heart attacks and 540,000 lost days of work, the EPA said. Mercury accumulates in fish and is especially dangerous to pregnant or breastfeeding women, and young children, because of concern that too much could harm a developing brain.

A disproportionate share of the 600 affected power plants, most of which burn coal, are in the South and upper Midwest.