In this assessment order, FERC rejected all of Powhatan’s arguments and instead adopted the Division of Enforcement’s recommendations 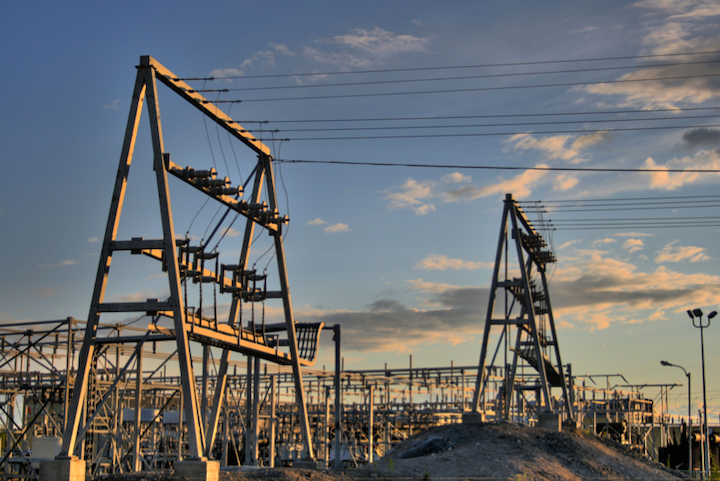 On May 29, 2015, the Federal Energy Regulatory Commission (FERC) issued an Order Assessing Civil Penalties against Powhatan Energy Fund and its affiliates as well as against Houlian Chen, Powhatan’s chief trader, for violating FERC’s anti-manipulation rule.

FERC ordered Powhatan to pay $28.8 million in penalties and more than $4.7 million in disgorgement and it ordered Chen to pay an additional $1 million penalty.

In this assessment order, FERC rejected all of Powhatan’s arguments and instead adopted the Division of Enforcement’s recommendations on the facts, the law and the penalty amounts. The order directs Powhatan and Chen to pay the penalties and the disgorgement amounts within 60 days of the date of the order.

FERC accused Powhatan of violating the anti-manipulation rule through an alleged scheme to receive excessive marginal loss surplus allocations (MLSA) from up to congestion (UTC) trades in PJM Interconnection’s market from June 1 through Aug. 3, 2010. FERC found that Powhatan and Chen engaged in a series of uneconomic round-trip, or wash trades, designed to capture MLSA payments.

As FERC stated, “UTCs were initially created as a tool to hedge congestion price risk associated with physical transactions, and later became a way for market participants to profit by arbitraging the price differences between two nodes in the day-ahead and real-time markets.”

According to FERC, the market was designed to benefit PJM by encouraging convergence between day-ahead and real-time prices. FERC concluded that Powhatan gamed this market design by engaging in riskless wash trades that were designed solely to receive out-of-market payments.

FERC said respondents understood the market design and its intended benefits to PJM yet “intentionally placed fraudulent round-trip UTC trades that did not provide any benefit to the PJM market.” Notwithstanding the foregoing, FERC did not find that Powhatan violated the specific requirements of the PJM tariff.

Although Powhatan disputed many of Enforcement’s conclusions, Powhatan argued that PJM’s market design was flawed and incentivized traders to trade to capture MLSA payments.

Powhatan stated that FERC knew about this incentive when it approved the market. Powhatan maintained that PJM’s market design was flawed, and instead of penalties, FERC should change the market. Powhatan said that taking advantage of loopholes is a “time-honored tradition.” It argued that traders simply look to the bottom line on a trade: Was it profitable or not after all payments are made?

In this case, Powhatan did not, as FERC concedes, violate the PJM tariff and relevant market rules. Instead, it looked to all of the costs involved in the trade and all payments, including MLSA, and then traded to capture profits that were available through the market design.

“We find that communications, testimony and other evidence demonstrate that Respondents did not engage in UTC trading for the arbitrage and convergence purposes, but instead to maximize MLSA payments that, but for their trades, would have gone to other market participants,” according to FERC.

In reaching this conclusion, FERC adopted arguments made by PJM’s Independent Market Monitor. It concluded that profitability alone is not sufficient to justify a trading strategy.

Instead, FERC held that traders should be aware of the purpose behind an approved market design. It found that profits should come from “economic fundamentals” and not from out-of-market type payments.

“Respondents’ fraudulent trades could not and did not provide … benefit to the market,” according to FERC.

This case was unusual from the start because Powhatan took a unique approach and made most of the investigative record public through a website it created for that purpose, http://www.ferclitigation.com. Powhatan was openly disdainful of FERC Office of Enforcement’s investigation and said that Enforcement’s conclusions “made no sense.”

This case presented FERC with a clear opportunity to opine on what constitutes “legitimate” trading. Instead of fixing what Powhatan said was a market design flaw that incentivized traders accordingly, FERC placed a burden on market participants to understand the purpose behind an approved market design before trading in that market. FERC’s view that traders must understand the design and purpose behind a market presents traders with significant additional concerns. Traders now must consider not only if a trade is profitable based on undefined “economic considerations,” but they also must examine whether their trades affect the market as the market designers anticipated. This presents major issues for compliance and trading staff of companies trading in FERC-approved markets.

We do not expect Powhatan to settle this matter or pay the ordered amounts. Instead, we expect that Powhatan and Chen will not pay the assessed penalties and disgorgement, forcing FERC to bring this matter to federal district court to enforce its order. The district court, hearing the matter de novo, is under no obligation to give deference to FERC’s findings on the facts or the law in this case; however, the court would look to FERC precedent for guidance more generally.

David Perlman is a partner in the energy practice in Bracewell & Giuliani's Washington, D.C., office. He represents and counsels clients in regulatory and compliance matters concerning the FERC, CFTC and state public utility commissions, energy-related transactions and financings, enforcement proceeding and litigation and in the establishment of compliance programs and training. Reach him at david.perlman@bgllp.com.