The material would be safely reused in lined structural fills or permanently disposed in lined landfills. 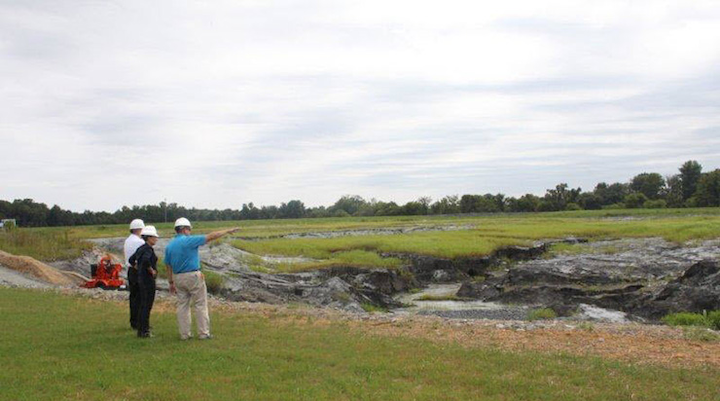 The material would be safely reused in lined structural fills or permanently disposed in lined landfills.

The announcement brings to 24 the total number of Carolinas basins the company is prepared to close by removing ash from its current storage locations at each power plant.

Most of the excavated ash from these basins would be relocated to previously discussed lined structural fills in Chatham and Lee counties in North Carolina.

The company is continuing to study the remaining 12 basins in North Carolina to identify smart and effective ways to close those facilities while minimizing overall environmental impact.

Based on engineering work completed to date, the remaining 12 basins could be candidates for a broader range of closure options, including an approach that consolidates the ash on-site, caps it with a durable and impermeable liner and protects groundwater.

However, work continues to inform those decisions, including comprehensive groundwater assessments, groundwater modeling and other site-specific engineering.

Since October, a blue ribbon panel of international experts interested in safe and practical solutions for the disposal of coal ash has been reviewing the company's strategy and technical approach to closing ash basins.

The National Ash Management Advisory Board (NAMAB) is led by John Daniels, a former program director at the U.S. National Science Foundation and current professor and chairman of the Department of Civil and Environmental Engineering at the University of North Carolina at Charlotte.

Technical or regulatory reasons led the company to recommend full excavation for 24 basins in the Carolinas thus far. These facilities are operating safely but are not suitable locations for the material long term.

"While conditions at each site are unique, our board has established a common set of principles for Duke Energy to apply to each closure option, ensuring compliance with state and federal laws," Daniels said. "We fully support this science- and engineering-based approach."

The company's approved plans and the latest recommendations for each ash basin in the Carolinas include:

Depending on how quickly plans are reviewed and approved, Duke Energy is confident it can comply with North Carolina's deadlines to have all basins in the state safely closed by 2029. Individual basin closure timelines will be determined by the state's classification process and other factors.

In parallel with the work outlined above, Duke Energy also plans to add interim measures to further protect groundwater and surface water as needed before basins are closed, including:

Work will be prioritized based on the unique conditions at each facility and basin closure schedules.

"Once the assessments have been completed, well-established engineering solutions can be deployed as needed to enhance groundwater protection," Daniels said. "Moving forward, NAMAB will be independently reviewing the data and advocating for state-of-the-art closure plans that maximize beneficial use. The scale, scope and aggressive schedule of closure efforts that Duke Energy is undertaking allow these principles to serve as a guide for the entire industry."

Earlier this month, Duke reached a settlement with Virginia for a February 2014 spill of coal ash in North Carolina that floated down the Dan River, depositing tons of the toxic stew into the city of Danville's waterfront and beyond.