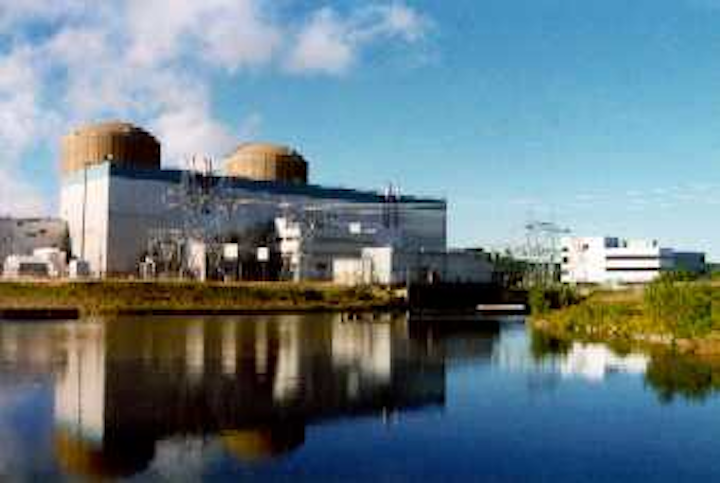 The Xcel Energy Prairie Island 1 facility in Minnesota was listed at zero generation early June 1 following an unplanned outage stemming from a reactor trip on May 31.

"On May 31, 2015 at 2220 CDT, the Unit 1 reactor was manually tripped while operating at 100 percent power due to a lockout trip of 11 Condensate Pump followed by a lockout trip of 11 Main Feedwater Pump,” according to an event notification report filed with the Nuclear Regulatory Commission (NRC).

“Manual Reactor Trip is directed by the annunciator response procedure for the lockout alarm, C47010-0101, 11 Feedwater Pump Locked Out,” according to the NRC report. “This also resulted in a turbine trip. The crew entered the reactor trip emergency operating procedures and stabilized the unit in Mode 3 at normal operating pressure and temperature.”

There was no effect on Unit 2 as a result of this trip. Unit 2 remains at 100 percent generation. The health and safety of the public and site personnel were not at risk at any time during this event, NRC said.

Prairie Island Units 1 and 2 are pressurized water reactors (PWRs) located in Goodhue County, Minn. They each have a nameplate capacity of roughly 590 MW. The units are operated by Xcel utility Northern States Power.