What can a program called RGGI teach us about the Clean Power Plan? 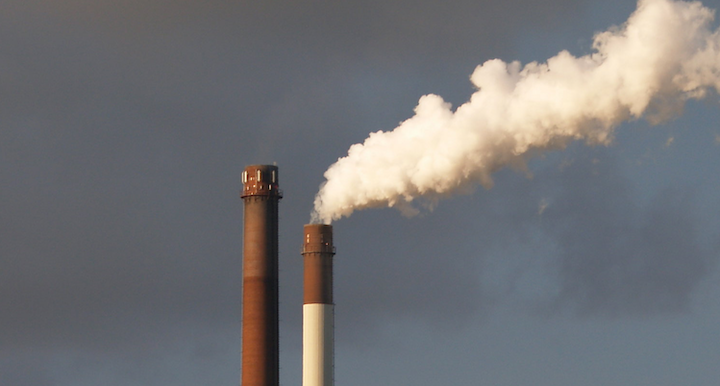 States participating in the Regional Greenhouse Gas Initiative (RGGI) have found that regulating carbon emissions from power plants through market-based mechanisms goes hand in hand with economic benefits. That’s the conclusion of a new report from the Analysis Group.

“Based on an analysis of years of hard data, RGGI shows that multi-state, market-based carbon control mechanisms work and can deliver positive economic benefits,” said Paul Hibbard of Analysis Group, the economic consulting firm that produced the report. “That’s not to say programs designed to cut greenhouse gas emissions are economic development programs — their goals are different. But the data clearly show that cutting carbon emissions can be a net positive for the economy.”

The report, The Economic Impacts of the Regional Greenhouse Gas Initiative on Nine Northeast and Mid-Atlantic States, found that implementing RGGI from 2012-2014 adds $1.3 billion in economic value to the nine-state RGGI region, leads to the creation of more than 14,000 new jobs and cuts electricity and heating bills, saving consumers $460 million. Each individual state sees economic benefits as the region cuts annual carbon emissions by about a third from 2008 (140 million metric tons) to 2014 (90 million metric tons).

Under RGGI, six New England states plus New York, Delaware, and Maryland establish a regional cap for carbon emissions. States then create their own, individual plans to cut carbon and offer a declining number of carbon emission allowances for sale through regional auctions. Power plant owners buy those allowances at auction — which gives them the right to emit specific amounts of carbon dioxide — or find ways to clean up carbon emissions. Auction proceeds go back to the states, which have reinvested billions of dollars back into their economies.

“RGGI is a job creator. Investments made during the last three years will lead to 14,200 new jobs,” said co-author Sue Tierney. “And while electric rates can increase as power plants recover compliance costs, total electric bills have gone down, thanks largely to the states’ investment in energy efficiency increases. Over time, the past three years of RGGI’s operations helps families, businesses and institutions save $460 million on energy bills.”

The report also found that RGGI has helped keep more dollars circulating in the local economy, as the amount of money sent outside the region to pay for imported energy has dropped. RGGI reduced dollars flowing out of state to pay for fossil fuels imported from outside the region by over $1.27 billion, from 2012-2014. Meanwhile, the states’ use of RGGI auction proceeds has boosted the purchase of goods and services in the regional economy, for everything from solar panels and insulation to engineering services for energy audits to labor for efficiency retrofits.

The report was released at a meeting of the National Association of Regulatory Utility Commissioners, who, along with state environmental commissioners, will be on the front lines as the EPA’s plans to regulate carbon emissions from power plants play out. The report is a second one prepared by the Analysis Group team; the prior analysis focused on the economic impacts of RGGI’s first three years (2009-2011).

“We hope regulators across the country – along with policy-makers, utilities, and other stakeholders – are able to draw useful lessons from this report, as they evaluate Clean Power Plan options in their individual states, ” co-author Andrea Okie said.