The videos feature a hog — or rather, an SRP employee in a hog costume — discovering ways to become more energy-efficient 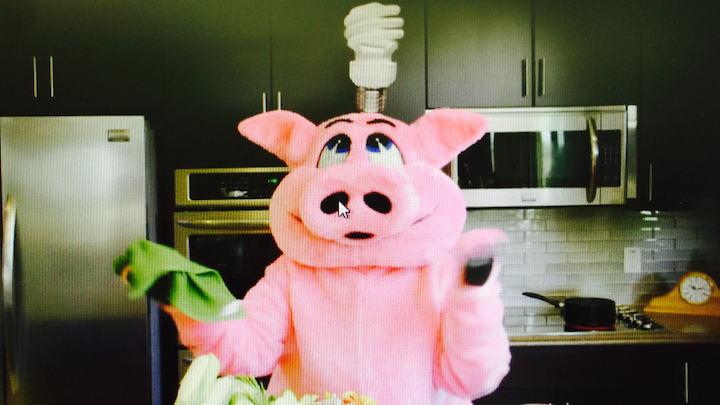 Salt River Project (SRP), one of Arizona’s largest utilities, hopes its new “Confessions of an Energy Hog” Web series will make customers squeal with amusement, as well as be informed and inspired to make small changes in electricity use to save energy and money.

The videos feature a hog — or rather, an SRP employee in a hog costume — discovering ways to become more energy-efficient.

In one 30-second episode, the energy hog reads on the couch when suddenly smoke appears from his back as viewers hear the sizzling sound of bacon. The message: Shade screens on sun-struck windows help keep a home cool and comfortable.

The goal of the series is to educate customers in a fun, memorable way. The videos are easy to share via social media with the intent of building a buzz. The idea stemmed from SRP’s Top 10 Energy Wasting Habits Web page, www.savewithsrp.com/energyhabits.