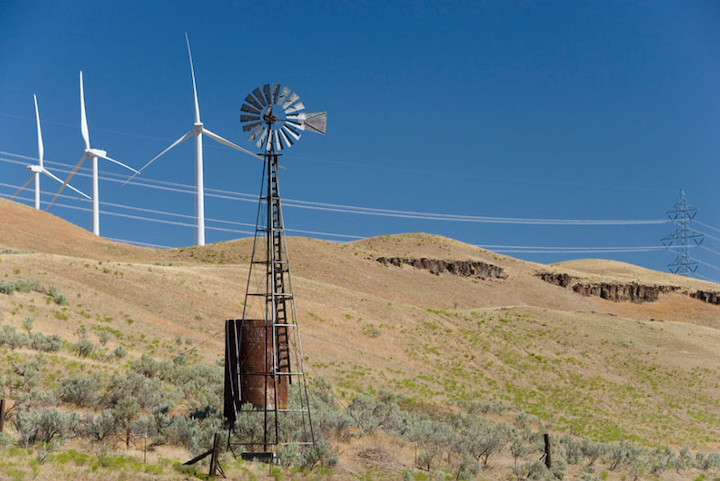 COLUMBUS, Ohio (AP) — With months of public testimony concluded, a committee studying the future of Ohio's renewable energy targets is weighing what changes to recommend to the law.

Chairman Troy Balderson said the Energy Mandates Study Committee, which has been meeting since February, says one thing's for sure: a complete repeal is out.

"This is not about eliminating the mandates. That will not happen," he said. "We haven't even considered that."

But reducing the requirement that 25 percent of Ohio's energy come from renewable energy sources such as wind and solar by 2025 is under consideration, as are changes to the energy efficiency goals laid out in the 2008 law.

The law has been paused for two years. If lawmakers fail to act, phase-in of the standards will resume in 2017.

The study panel wrapped up its hearings Monday. It has until Sept. 30 to submit recommendations to the legislature.

Witnesses laid out essentially the same competing arguments that have divided the state for years, Balderson said. Some said such targets hurt businesses and raise electric bills. Others contended the targets benefit the environment and preserve diminishing natural resources.

The debate has been raging across the country.

Over about a decade, nearly 30 states, the District of Columbia and two U.S. territories adopted renewable energy portfolio standards, with others setting goals for alternative energy use. Ohio's target of 25 percent was on the high end nationally, with percentages ranging from 15 percent to 29 percent around the country.

Federal data show a majority of states with renewable targets are on track to meet them, but a countermovement was emerging.

Lawmakers in Ohio and elsewhere began pushing back — saying years of living with the standards had shown they were not bringing the benefits supporters had predicted and, in fact, were hurting economies.

"These energy mandates — like virtually all government mandates — amount to nothing less than the government picking winners and losers in the marketplace," Greg Lawson, a Statehouse liaison and policy analyst for the conservative Buckeye Institute for Public Policy Solutions, told the Ohio committee. "Unsurprisingly, such market manipulation and 'bureaucrat-knows-best' thinking has yielded poor results for Ohio, her businesses, and her citizens."

When Gov. John Kasich signed the bill pausing the mandates last year, it represented a compromise with those who sought a full repeal of the standards. Lawmakers in 17 states were considering 30 bills to repeal the standards around the same time, though none passed, according to data compiled by the nonpartisan National Conference of State Legislatures.

The American Wind Energy Association's Tom Vinson was among those who asked the Ohio committee to preserve the targets. He said the wind industry's potential in the state is "enormous."

He said wind companies have made a cumulative capital investments in Ohio of $890 million and 11 construction projects are certified and waiting to be built. Another four are waiting in the wings.