The Czech government's decision last month to launch a vast, long-term expansion of nuclear power production has deepened the divide 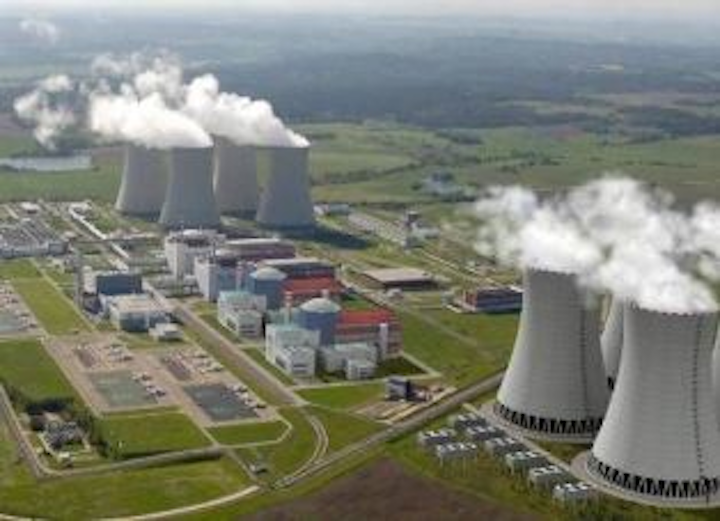 TEMELIN NUCLEAR PLANT, Czech Republic (AP) — A quarter-century after the collapse of communism, Central Europe faces a new divide: irreconcilable visions of nuclear power that pit nations once on the opposite sides of the Iron Curtain against one another.

Germany and Austria, stalwarts of the rich West, have long decided to go strictly nuclear free, while new EU members of the East — hungry for energy to fuel economic growth — are avidly increasingly reliance on nuclear power.

The Czech government's decision last month to launch a vast, long-term expansion of nuclear power production has deepened the divide. Part of the plan is to build a new nuclear reactor near the border with Austria, outraging the wealthier Alpine nation.

"This concept gives an idea about from what we will produce electricity in the year of 2040," Czech Industry and Trade Minister Jan Mladek told The Associated Press. "That is about 50 percent from nuclear energy and 25 percent from renewable resources. It's a clear message how we want to reach a low carbon economy."

Slovakia and Hungary, former communist EU nations, have also been building new nuclear reactors, and Poland is considering launching its own nuclear energy program. These countries see atomic energy as a cheap and clean way to power the economy — and say it's unfair for rich EU countries to tell them what to do.

Things look different on the other side of the border. German Chancellor Angela Merkel's government decided to phase out nuclear energy by 2022 following the disaster at Japan's Fukushima nuclear plant. Austria abandoned nuclear energy after the 1986 Chernobyl nuclear explosion. Both say the risk of a nuclear catastrophe outweighs the efficiency and clean energy dividends that nuclear can bring.

"We are convinced that (nuclear) is not a viable option to combat climate change," Andreas Molin, head of nuclear department at Austria's Agriculture Ministry told The AP. "There are many reasons for that but certainly nuclear safety is the first one."

The Czech Republic already relies on six nuclear reactors — two 1,000 MW reactors in Temelin, on the border with Austria, and four 440 MW reactors in the Dukovany plant — for a third of its total electricity. According to two blueprints ratified in May and June, the Czech Republic will be producing 46-58 percent of its electricity from nuclear reactors by 2040, making it one of Europe's most nuclear-dependent nations.

Mladek said to ensure the Czech Republic's energy independence and security it is necessary to immediately begin preparations to build one more reactor at Temelin and another at Dukovany, with an option to build yet another reactor at each plant. Another option, to increase use of natural gas, was rejected because it would increase the country's energy dependency on Russia, he said.

The Temelin plant was at the heart of the dispute from the beginning. Located 30 miles from Austria's northern border, the plant was long a source of friction between the two neighboring countries. Construction of the Soviet-designed plant began in 1980 and was upgraded by technology provided by the U.S. firm Westinghouse in the 1990s.

Amid bitter protests from Austrian and German governments, and numerous border blockades by anti-nuclear activists, Czech and Austrian leaders crafted a compromise designed to allow the project to go ahead in 2001. But the plant remained controversial because of frequent glitches following its opening, mostly in the non-nuclear parts. The Czechs insist it is safe.

The plant was also the subject of a nationwide Austrian petition — signed by nearly a million Austrians — that called for blocking Czech entry to the European Union unless the plant was shuttered.

Local environmentalists condemned the plan and some economists followed the suit, noting it lacks crucial details on financing.

"It's currently unrealistic to build a nuclear plant without any subsidies or a state help," said Michal Snobr, energy analyst at J&T Bank. "It's so financially demanding that it could ruin the plant's builder and it could also significantly burden the taxpayers and electricity consumers."

Mladek acknowledged his government is unlikely to approve any subsidies. But he voiced confidence that the dominant power company CEZ, in which the government has a controlling majority, could afford the project.