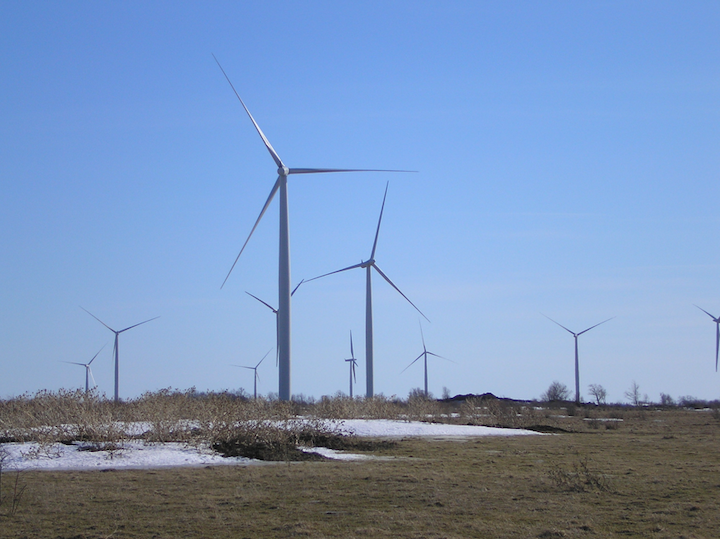 Located in the unorganized territory of Lac-Pikauba in the regional county municipalities of Charlevoix and the UT of Lac-Ministuk in the RCM of Fjord-du–Saguenay, the wind farm is being developed and constructed in two phases: the first phase of 150 MW reached commissioning in November 2014. The second phase of 200 MW is scheduled for commissioning by December 2015.

Consisting of 175 wind turbines supplied by Senvion, the project created 565 jobs during the peak construction phase. Electricity generated is delivered to Hydro-Quebec Distribution under a 20-year power purchase agreement.

"The assembly of 175 wind turbines, the construction of over 96 miles of roads, the installation of 90 miles of buried collector system, and the work coordination in a vast territory and a tight deadline represented a technical challenge and unrivaled logistics plan. In addition, the remote nature of the project area and very rough terrain further challenged the construction process,” said Al Kurzenhauser, Chief Operating Officer for EDF EN Canada. “Detailed planning of construction activities and teamwork between different players were key factors to success. We would also like to express our appreciation of the support from all the local stakeholders, notably the Innu and Huron First Nations and the Charlevoix and Fjord-du-Saguenay communities."

Rivière-du-Moulin is the largest of eight wind energy projects awarded to EDF EN Canada through Hydro-Québec Distribution call for tenders in 2008, 2010 and 2013. By the end of 2017, EDF EN Canada will have placed into service 1,599 MW of wind and solar projects throughout Canada. The project further represents the largest onshore wind facility to be developed, built and put into service by the EDF EN Group globally.