If all goes according to plan, the project would begin operating in early 2017 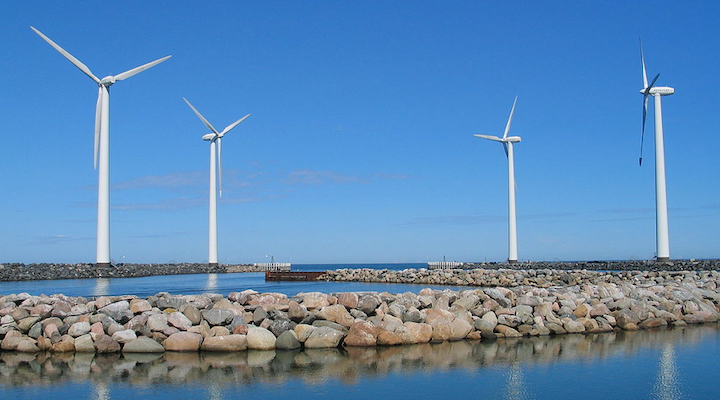 AUGUSTA, Maine (AP) — A Texas company is pushing forward with an effort to build a massive wind power project in Aroostook County that would be the largest of its kind in New England.

EDP Renewables, which recently submitted its application to the Maine Department of Environmental Protection, needs to get the green light from the state before it can begin building the 250 MW wind power project in northern Maine that could power roughly 70,000 homes.

Republican Gov. Paul LePage has been skeptical of wind power development in the state, but Katie Chapman, project manager for the EDP Renewable's Number Nine Wind Farm, said she's confident that DEP will give the proposal a fair review.

"On some things, we are aligned with the governor, particularly with respect to energy costs," Chapman said. "Wind is one of the energies that can really truly offer a stable electricity rate for 20 years," she said.

Chapman said her company hopes to begin construction on the up to 119-turbine project next year. If all goes according to plan, the project would begin operating in early 2017, she said.

The Number Nine Wind Farm will sell its power to utilities companies in Connecticut but many of the benefits of the project would stay local, including $2 million for energy efficiency programs for residents in Aroostook County, Chapman said.

Chris O'Neil, spokesman for anti-wind development group Friends of Maine's Mountains said there has already been significant push back among some residents who are concerned about what impact the massive project will have on the area.

"The consternation and anxiety has been excruciating, particularly for the people that live in the affected area," he said.

The 132 MW Kibby Wind project near Eustis, which was completed by the TransCacanda Corp. in 2010, is currently the largest wind power project in Maine and New England.

But several large projects are under construction, including the Bingham Wind Project, which SunEdison began building this month. That 185 MW project is expected to generate enough power for up to 65,000 homes.

A spokesman for DEP said the department has until next week to review the application and then 185 days to review the project before it will make a decision. Patrick Woodcock, director of the governor's energy office, said his office said he couldn't comment on the proposal at this time.