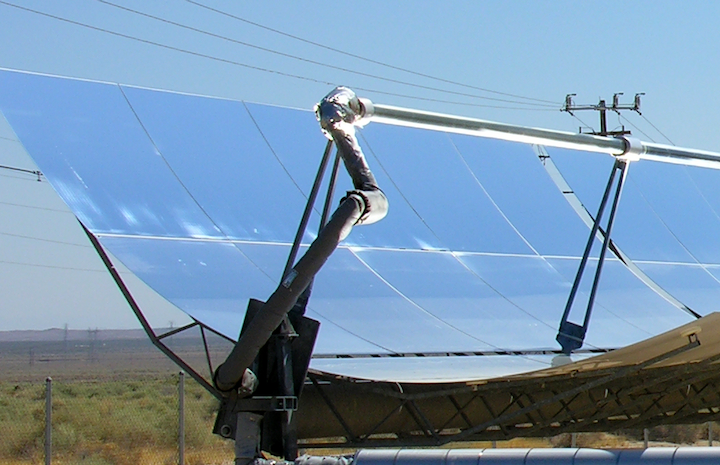 HydroRevolution, a California unit of WaterFX, plans to build a commercial solar desalination plant in the Panoche Water and Drainage District in California's Central Valley.

Once constructed, HydroRevolution will provide a sustainable water source to local water districts by using solar energy to recycle salt impaired water into freshwater. This technology will be the first of its kind in the Central Valley but the company hopes this project is merely the first step in revolutionizing the way California uses water.

The new commercial solar desalination plant will be constructed in the Panoche Water and Drainage District in California's Central Valley.

Both representatives from WaterFX and officials from the Panoche Water and Drainage District are eager to see the possibilities for sustainable and consistent freshwater in the Central Valley grow through the construction of the HydroRevolution plant. "Using a sustainable source of energy to recycle or desalinate water will become a mainstay in regions with water scarcity," added Mandell.

The new plant will be built on 35 acres of land currently farmed with salt-tolerant crops, with the potential of growing to a 70-acre site. This land that will house the solar desalination facility is a small fraction of the total 6,000 acres currently used to manage and reuse irrigation drainage water for the Panoche Water District and other participating water districts. HydroRevolution will treat this water to recycle unusable irrigation water, thereby providing a new, local source of freshwater to offset the loss of imported water into the region.

HydroRevolution will ultimately be able to generate up to 5,000 acre-feet of water per year, enough water for 10,000 homes or 2,000 acres of cropland. All freshwater generated will be made available to Panoche and other nearby water districts. The HydroRevolution plant will use Aqua4 technology developed by WaterFX.

The system is a concentrated solar still that uses large solar arrays to capture solar thermal energy from the sun. The sun heats mineral oil that then flows to the Multi-effect Distillation system (MED) that evaporates freshwater from the source water. Over 90 percent of the freshwater is recovered in this process while the briny remainder can be further treated to produce minerals and salts as useable solid co-products.