Deepwater Wind is building a five-turbine wind farm off Block Island, which it expects to power 17,000 homes as early as next year 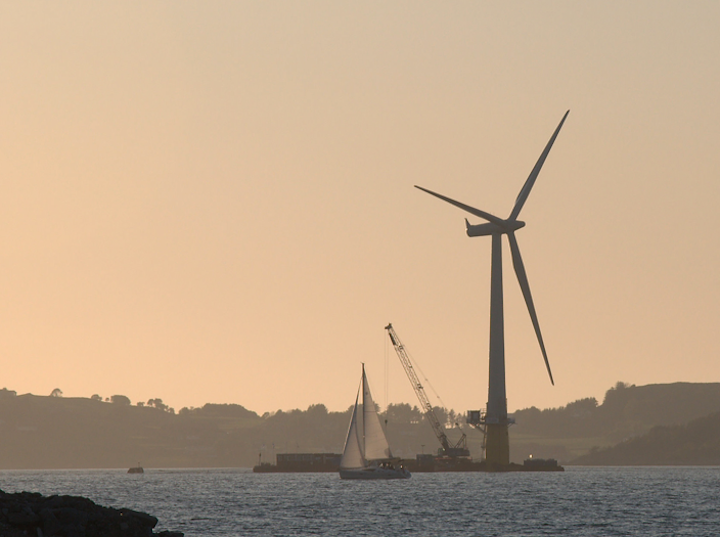 Deepwater Wind is building a five-turbine wind farm off Block Island, which it expects to power 17,000 homes as early as next year.

It began attaching the first of the steel foundations to the ocean floor on Sunday. The first one touching the seabed is known in the industry as the "first steel in the water."

Deepwater Wind was taking federal and state officials and other project supporters to the site by boat on Monday to celebrate the milestone. It rained heavily as the boat left the pier in North Kingstown.

U.S. Secretary of the Interior Sally Jewell, who went on the trip, called the project a beacon for America's "sustainable energy future."

The foundations will rise about 70 feet above the waterline, about three miles off southeastern Block Island.

"This is very exciting for Rhode Island," said U.S. Rep. David N. Cicilline, a Rhode Island Democrat. "It gives us the opportunity to be a leader in the country in this area."

Cicilline and other officials say they're excited about the project's potential to jump-start the offshore wind industry and to create jobs.