In that December 2014 filing, PJM requested that the revisions become effective on April 1 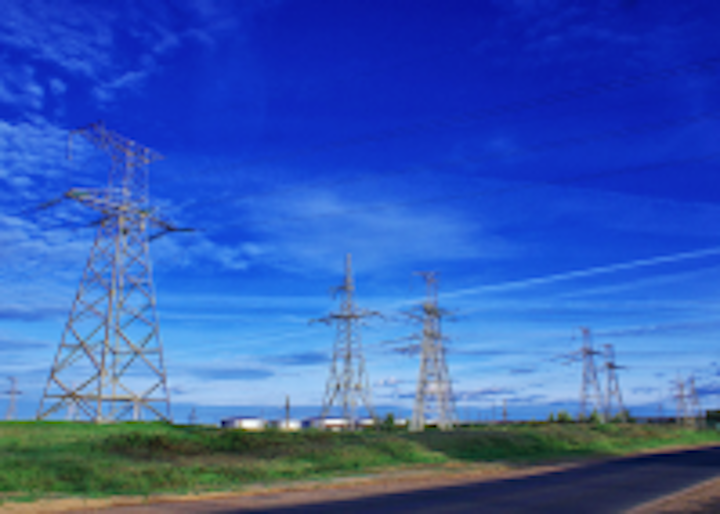 FERC staff on March 31 told PJM Interconnection that its December 2014 filing involving its capacity performance proposal was deficient, and asked PJM to provide further information within 30 days, according to TransmissionHub.

According to FERC’s letter, PJM on Dec. 12, 2014, submitted proposed changes to its open access transmission tariff (OATT) and reliability assurance agreement among load serving entities (RAA), under section 205 of the Federal Power Act to establish a new capacity product, a capacity performance resource, on a phased-in basis, to ensure that PJM’s capacity market provides adequate incentives for resource performance.

In that December 2014 filing, PJM requested that the revisions become effective on April 1.

PJM said in its filing that it proposes a series of tariff revisions to ensure that resources committed as capacity to meet the region’s reliability needs will deliver the promised energy and reserves when called upon in emergencies, providing the reliability that the region expects and requires.

· Charges assessed for poor performance — subject to a reasonable “stop-loss” provision – and credits given for superior performance, patterned closely on provisions recently approved for ISO New England (ISO-NE), to provide a strong incentive for performance

· Capacity sell offer rule changes that recognizes the costs and risks of offering Capacity Performance Resources by increasing the offer-price cap for such resources to the Net Cost of New Entry (CONE), while also allowing offers in excess of the Net CONE if the seller can demonstrate that the costs of improving resource performance, including firm fuel costs and documented and verifiable expenses solely attributable to the risks of offering Capacity Performance Resources, exceed that value

· A distinct “must-offer” requirement specifically for resources capable of qualifying as capacity performance resources, to prevent physical withholding of such resources

PJM also said that it proposes to implement those changes for the next base residual auction (BRA), which is scheduled for May, and which will procure capacity for the 2018/2019 delivery year.

· In ISO-NE’s pay for performance filing in Docket No. ER14-1050-000, it proposed, and FERC adopted, a default offer cap based on a formula consisting of going-forward costs — including non-performances penalties or bonus payments — and opportunity costs associated with accepting a capacity obligation. FERC's questions on this matter included: would an offer cap in PJM based on the same components be consistent with PJM’s expectations for resources offering competitively into PJM’s capacity market?

· In ISO-NE’s filing, it proposed, and FERC adopted, a phase-in for its capacity performance payment rate. Is it appropriate for PJM to phase-in its non-performance charge by transitioning from its proposed rate, based on 30 expected performance assessment hours, to a more stringent penalty assessment?

· Please explain how PJM evaluates the performance of external resources that are pseudo-tied to PJM. Specifically, how and when does PJM receive the data necessary to perform this evaluation?

In a March 31 statement, FERC Commissioner Philip Moeller said that in future deliberations in the proceeding, he will consider the totality of the record, including all of the responses to the deficiency letter.

Nonetheless, he said he believes that the proceeding already contains sufficient information to allow FERC to issue an order on the merits of PJM’s proposal in advance of the May BRA.

Markets provide the best prices for buyers and sellers when participants know the market rules, he said.

Regardless of whether FERC decides to accept or reject PJM’s proposal, by failing to act, FERC “is creating market uncertainty on issues that need clarity now,” he said. “For this reason, I believe that we should have acted on the merits of PJM’s filings. However, this five-member commission can only move forward on an order when we have three votes for action.”

PJM said in an April 1 statement that it has received FERC’s notice and is reviewing it.

“We will respond to the FERC’s questions promptly and seek expedited review to allow capacity performance to be in effect for the upcoming annual capacity auction for the 2018/19 delivery year,” PJM said. “We recognize that process may require a delay to conduct an orderly auction process. While PJM clearly would have welcomed approval, we appreciate the FERC’s thoughtful consideration of our proposal and the commission’s demonstrated commitment to reliability and enhanced generator performance.”