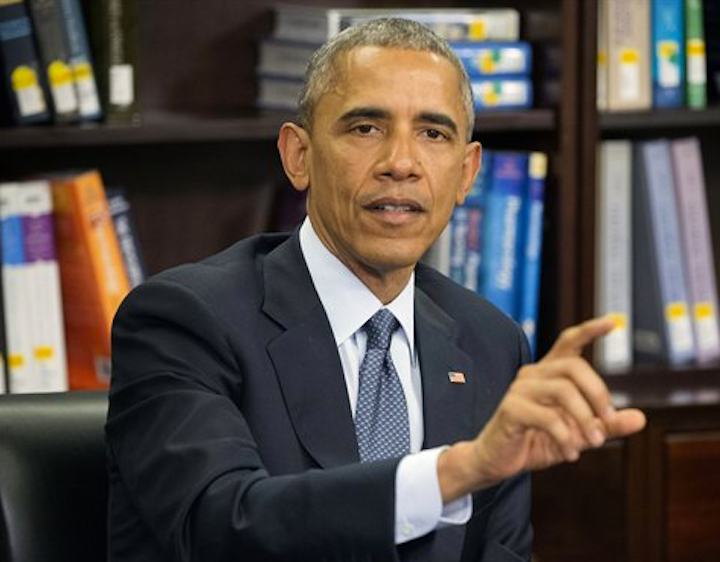 WASHINGTON (AP) — Two out of three judges on a federal appeals court panel expressed doubts Thursday about a legal challenge to the Obama administration's far-reaching plan to address climate change.

The comments came during nearly two hours of argument before the U.S. Court of Appeals for the District of Columbia Circuit in two cases challenging the Environmental Protection Agency's proposal to cut heat-trapping pollutants from the nation's coal-fired power plants that is blamed for global warming.

Judges Thomas Griffith and Brett Kavanaugh seemed to agree with lawyers defending the EPA that the lawsuits are premature because the agency has not yet made the rule final.

The lawsuits — one from a coalition of 15 coal power-reliant states and another brought by Ohio-based Murray Energy Corp., the nation's largest privately held coal mining company — are part of a growing political attack from opponents who say the move will kill jobs, force coal companies to shut down plants and drive up electricity prices.

At issue is whether the EPA has legal authority for its plan under the Clean Air Act. But the agency and environmental advocacy groups say the court shouldn't even get to that question until the EPA issues a final rule, expected in June or July. It was proposed last summer.

"Typically, we're not in the business of guessing what the final rule would look like," Griffith told Elbert Lin, the attorney representing West Virginia and other states opposing the plan. "You're inviting us into a morass."

Lin argued that the court doesn't need to wait because the EPA has told everyone exactly what the rule will do and states are already being forced to spend huge sums of money to get ready for it. He said it's not too soon to consider a challenge if what the EPA plans to do is illegal or unconstitutional.

But Kavanaugh said it would be "highly unusual" for the court to consider the merits of a proposal that might end up getting changed. He and Griffith suggested opponents could just come back in a couple of months.

While the court agreed to hear arguments over both the timing of the lawsuits as well as legal issues, the judges could simply dismiss the case as premature and leave the legal questions for a future case.

The third judge on the panel, Karen LeCraft Henderson, seemed more sympathetic to Lin, noting that it could take between 18 months and four years for states to get ready for the new rule.

"That's an extraordinary type of cost right now," she said.

All three judges hearing the case were appointed by Republican presidents.

The rule proposed by the EPA last year requires states to cut carbon emissions by 30 percent by 2030. It gives each state a customized target, and the responsibility for drawing up an effective plan to meet the goal.

"What do we do with statements that there will be no change?" he asked. He wondered if the requirement for an agency to consider public comments was a "sham."

Lynk said the court still must wait for the final rule because it might be changed or revised.

West Virginia and other states argue that the plan to regulate carbon emissions from power plants is illegal because the EPA already regulates other power plant pollutants under a different section of the Clean Air Act. They say the law prohibits "double regulation."

The legal debate focuses on dueling provisions added by the House and Senate to the Clean Air Act in 1990. The EPA says it wins under the Senate language, but opponents argue the House version should prevail.

Even on their legal arguments, however, it seemed like opponents of the plan faced an uphill battle.

Geoffrey Barnes, attorney for Murray Energy, likened the problem to a clerical error and argued that the House version should prevail. He said the EPA can't simply roll out an entirely new way of interpreting a law because that is Congress' role.

But Griffith said "there's no mistake here ... you have two conflicting provisions." Under Supreme Court precedent, "when Congress passes conflicting statutes, we let the agency decide" how to interpret the law.

Amanda Berman, representing the EPA, insisted the EPA gets to interpret the law even if there is "a scintilla of a shred" of ambiguity.

Last month, Senate Majority Leader Mitch McConnell, a Kentucky Republican, ramped up GOP attacks on the proposal when he sent a letter urging the governors of all 50 states to defy the EPA by refusing to submit the compliance plans to the agency.

Thirteen states and the District of Columbia are backing the Obama administration plan.