The proposed project is located in Stark County, North Dakota, and will have a nameplate capacity of about 150 MW 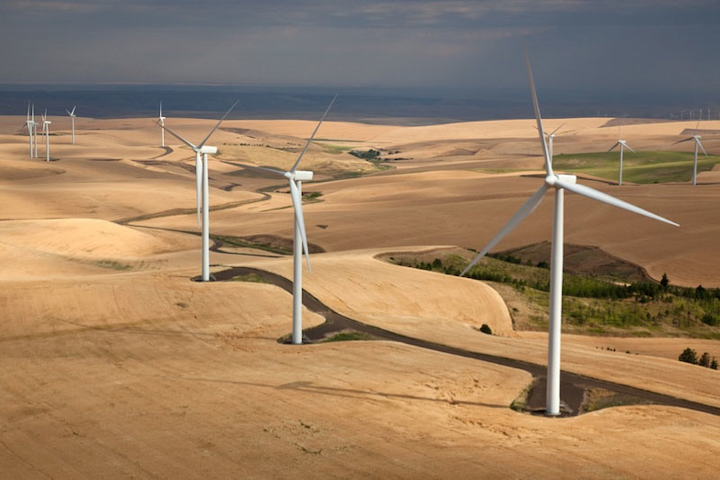 The North Dakota Public Service Commission plans a May 18 hearing on a recent application from Dickinson Wind LLC, a unit of NextEra Energy Resources LLC, for a Certificate of Site Compatibility to construct the Dickinson Wind Energy Center.

The project also includes a nearly 31-mile, 230-kV overhead transmission line to connect the planned wind farm to the Belfield to Rhame 230-kV transmission line, about 10 miles southwest of the city of Dickinson. It will transmit power into Basin Electric Power Cooperative’s transmission system. Dickinson Wind is pursuing a separate application for a Certificate of Corridor Compatibility and Route Permit for the line and associated switchyard and construction laydown area.

NextEra Energy Resources, which is a unit of NextEra Energy (NYSE: NEE), is the largest generator of wind-powered electricity in North America, with more than 10,000 MW of capacity at 100 facilities in 19 states and four provinces in Canada as of December 2013. In North Dakota specifically, through its affiliates, it has developed, constructed, and currently operates 990 MW of generation while owning over 850 MW.

The project will have a nameplate (gross) capacity of approximately 150 MW. Assuming a net capacity factor of 53 percent, the projected average annual output is estimated at 695,027 MW hours per year. The commercial operation date is dependent upon permitting, equipment deliveries, and other development activities. Dickinson Wind is targeting site construction to begin in June 2015, provided all pre-construction permits and approvals have been obtained.

Said the March 9 application about the need for this project: "A regional need exists for renewable energy produced in North Dakota. Eleven of the Midcontinent Independent System Operator (MISO) states currently have renewable portfolio standards (MISO 2012). According to the MISO Transmission Expansion Plan for 2012, the MISO region needs to add between 4,484 and 11,290 MW of new capacity or 3,865 and 9,733 MW of demand reduction to meet the minimum Planning Reserve Margins in 2022 (MISO 2012).

From 2015 onward, 9,912 MW of retirements of fossil-fueled power plants are assumed to occur due to Environmental Protection Agency regulations. Depending on the projection scenario, MISO assumes anywhere from 13 to 60 GW of incremental wind penetration. Seventeen multi-value transmission projects have been integrated into the MISO planning models, which will relieve a major part of MISO’s internal future congestion and deliver wind energy more efficiently.

"In December 2014, Dickinson Wind signed a 30-year power purchase agreement with Basin Electric Power Cooperative (Basin) for the Project. Pursuant to this agreement, Basin will purchase all of the electrical output generated by the Project for 30 years. The Project will help to increase the renewable portion of Basin’s generating portfolio to more than 1,400 MW when combined with additional wind generation commitments made by Basin in 2013. The Project will help meet Basin member’s energy needs while keeping member electricity rates low (Basin 2014)."

North Dakota-based Basin Electric said in December 2014 that it had signed two power purchase agreements, for a total of 300 MW, associated with the development of two new wind projects in North Dakota. They are:

•NextEra Energy Resources for the Dickinson Wind Energy Center, a 150-MW project near Richardton, N.D. It is due for completion by the end of 2015; and

•Tradewind Energy will develop the Lindahl Wind Project, a 150-MW wind farm near Tioga, N.D. It is due for completion by the end of 2016.