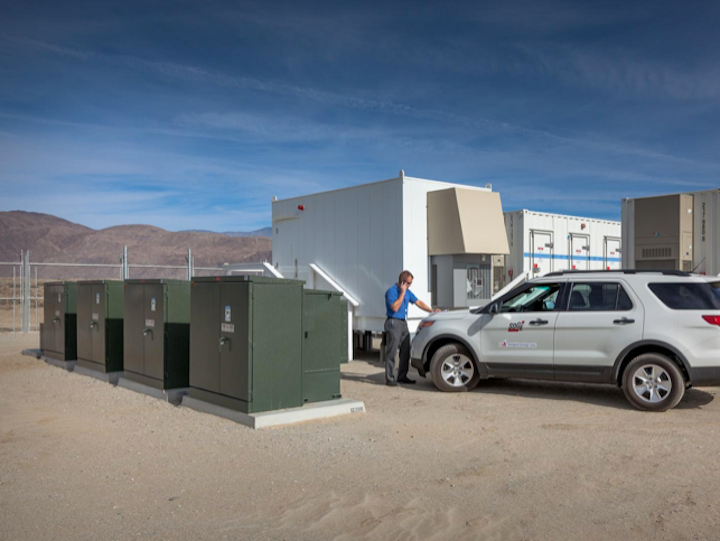 The microgrid is engineered to maximize newly installed energy storage, renewable energy and improve reliability. S&C teamed with Schneider Electric to combine new hardware and software technologies for the facility, which includes an integrated demonstration center for Oncor to showcase the microgrid’s advanced capabilities and customer benefits.

To turn these diverse generation assets into a microgrid, S&C and Schneider Electric developed a distribution automation scheme that leverages multiple intelligent grid solutions from both companies — enabling the four microgrids to effectively operate independently or as one larger microgrid.

During a loss-of-power event, a combination of S&C’s advanced distribution automation equipment and Schneider Electric’s Microgrid Controller (MGC) use high-speed communications and distributed grid intelligence to automatically detect a problem on the grid. It starts with S&C’s IntelliRupter PulseCloser fault interrupter which detects an interruption in power, tests to see if the issue is temporary or permanent, and if it is permanent dynamically islands the facility.

The energy storage systems are the backbone of the microgrid, which include S&C’s PureWave Community Energy Storage System. The onsite energy storage — which stores energy from either the utility feed or any of the facility’s generation sources — provides the voltage signal for the site, enables renewable energy integration, controls the microgrid frequency and is the first generating source to respond during an unexpected loss of power.

To help educate and demonstrate the benefits of microgrids to residents, students, policymakers and businesses, S&C and Schneider Electric were asked to develop a microgrid demonstration facility on the SOSF campus. That facility will be known as Oncor’s Technology Demonstration and Education Center (TDEC) and consists of two exhibits — an immersion room and a demonstration center. In the immersion room, the Oncor microgrid story is brought to life on seven screens for a full cinematic experience. The microgrid story highlights the history of the electric grid and the changes Oncor has made over time.

The Center, which also serves as the SOSF microgrid control center, displays the new technology that Oncor is using on their system. The demonstration room features a fully functioning SCADA representation of the microgrid to show how the system reacts to a loss of power event such as extreme weather.