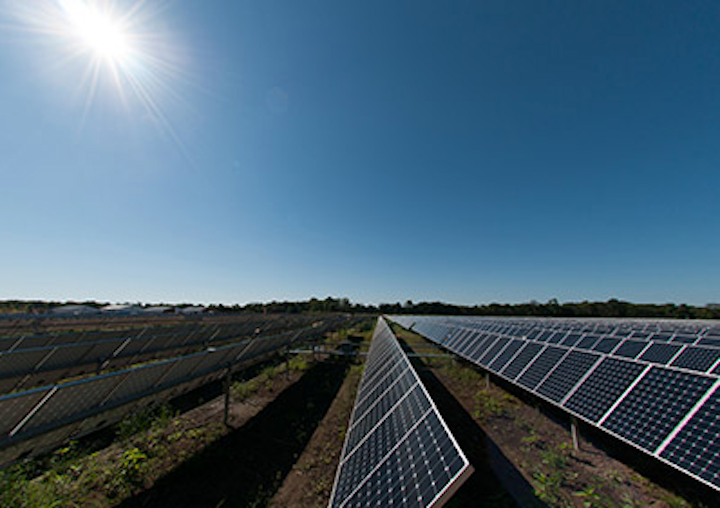 The Sierra Club said April 22 that hundreds of Illinoisans rallied that day at the Illinois State Capitol in Springfield in support of a clean energy bill that will push renewable energy development in the state.

With energy policy taking center stage this year in the General Assembly, the Illinois Clean Jobs Bill has emerged as the only bill that can protect the consumers and the environment while creating an estimated 32,000 jobs annually, the club said.

“The Illinois Clean Jobs bill has the most grassroots and legislative support of any energy-related bill pending in the General Assembly this year,” said state Sen. Don Harmon. “And the news for consumers and clean energy keeps getting better: the state’s leading watchdog for utility customers — Citizen’s Utility Board — found that the Illinois Clean Jobs bill will save people a total $1.6 billion by 2030.”

The Illinois Clean Jobs Bill will strengthen policies to ramp up renewable energy like wind and solar to 35 percent by 2030 and cut energy use through efficiency by 20 percent by 2025.

Two leading organizations — the Citizens Utility Board and Union of Concerned Scientists — independently concluded that the Illinois Clean Jobs Bill would save customers billions of dollars.

“Competition for clean energy jobs is intense — and we are letting too many states pass us by,” said Michelle Knox, owner of Wind Solar USA, a clean energy small business near Springfield. “Illinois’ clean energy standards are broken right now, creating an unstable business environment for companies to come to Illinois to create new jobs. The Illinois Clean Jobs Bill will make Illinois a hub for clean energy innovation while bringing new business to our state and creating 32,000 new jobs every year.”

Notable is that while the environmental groups have a focus on renewable energy and efficiency, there is a provision in SB 1485 that says about encouraging new coal-fired generation: "The State should encourage the use of advanced clean coal technologies that capture and sequester carbon dioxide emissions to advance environmental protection goals and to demonstrate the viability of coal and coal-derived fuels in a carbon-constrained economy."