AEP said the commission must keep a lot of factors in mind, mainly grid reliability 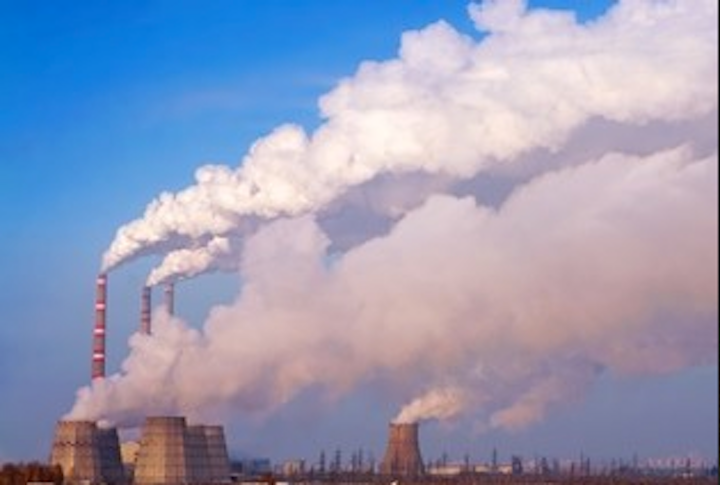 American Electric Power Service Corp., on behalf of various other AEP units, told the Federal Energy Regulatory Commission on April 24 that the commission must keep a lot of factors in mind, mainly grid reliability, in responding to the U.S. Environmental Protection Agency's Clean Power Plan.

The AEP comments were filed in the wake of FERC technical conferences that explored the potential reliability issues stemming from the Clean Power Plan proposal, which calls for 30 percent greenhouse gas reductions from existing power plants by 2030. AEP said it applauds the commission’s efforts in establishing this docket, which included one national technical conference (in which AEP participated as a panelist) and three regional conferences.

"The reliability of the electric grid must always come first in any policy considerations, whether this policy deals with energy economics or, as in this case, environmental issues," wrote AEP. "A stable electric supply supports public health, economic health and national security needs of our country. For these reasons, AEP supports both the Reliability Assessment Mechanism ('RAM') and the Reliability Safety Valve ('RSV') as they were outlined in the technical conferences. In fact, both proposals were very much in line with grid reliability protocols already in place.

"To kick off the national technical conference, then-FERC Chairman Cheryl LaFleur asked panelists to provide three 'asks' — to identify what steps they would like FERC to take. AEP understands this is a jurisdictional balancing act for FERC, given that the program that seeks to regulate electric generation was initiated at EPA, which does not have jurisdiction over the nation’s electric grid. Because FERC does have that jurisdiction, it is critical that EPA coordinate with FERC to mitigate any reliability threats that may be identified from the CPP proposal."

AEP said that its “asks” were that FERC engage in the following three activities:

•First, it said the commission must remain cognizant of the cumulative impacts of multiple environmental regulations imposed in a very short timeframe.

•Second, fuel diversity must be maintained in order to mitigate the risks that come from a much more limited fuel portfolio.

•Third, the commission must continue its quest for gas-electric harmonization. Currently, the gas industry and the electric industry are operated with different objectives, and the gas industry has no financial incentive to accommodate the electric industry, AEP said. To assume that gas-fired plants can seamlessly replace coal plants in the nation’s generation portfolio ignores a serious reliability roadblock, it added.

•Fourth, the consumer impacts of these efforts must be fully examined and mitigated as necessary. Although reliability is first priority, the financial impact of the measures proposed by the EPA on customers cannot be overlooked. Electricity must be reliable, and it needs to remain affordable for the American consumer and the American economy.

Many stakeholders have requested that FERC be assigned oversight responsibility, especially where RAMs and RSVs are concerned. However, if FERC elects to advise EPA and the states on reliability issues, it would be inappropriate to require FERC to assess such programs as renewable portfolio standards, energy efficiency and demand response programs – all of which are issues that are reserved powers of the state, AEP said.

As for grid reliability with some many power plant retirements ongoing and coming up, during January 2014 and the "polar vortex" high power demand period, most of the mostly coal-fired generation that AEP will be retiring in June 2015 as a result of the federal Mercury and Air Toxics Standards (MATS) was operational. AEP alone is retiring more than 6,500 MW of generation for MATS compliance. Any CPP compliance-related plant retirements will be incremental to that, AEP pointed out.

PJM’s Independent Market Monitor 2014 State of the Market Report said that system-wide, “9,222.8 MW of coal fired steam capacity are slated for deactivation. Most of these retirements, 7,894.8 MW, are scheduled to take place by June 1, 2015, in large part due to the EPA’s Mercury and Air Toxics Standards.” AEP pointed out in the comments to FERC that had these generation units already been retired in January 2014, PJM would not have been able to make the claim that it survived the polar vortex with only minor incidents.

"The reserve margins of January 2014 will not be available in the winter of 2016," AEP added. "That is partly due to the MATS retirements and partly due to market design flaws that have placed equal value on speculative market participants and steel-in-the-ground assets. Long-term, PJM will not only have to adjust to the impact of the MATS retirements, but it must also implement market corrections to provide the proper incentives to build new capacity."

On the issue of fuel diversity, AEP said that the Clean Power Plan effectively prevents new coal plant builds. "EPA’s proposed standards for new generating units require the use of carbon capture and storage technology on coal units," it wrote. "Such units are part of the Department of Energy’s ('DOE') research and development programs, but no commercial scale operations are underway, effectively eliminating coal from the fuel mix of the future. What remains are natural gas and renewables to fill the coal-retirement void."