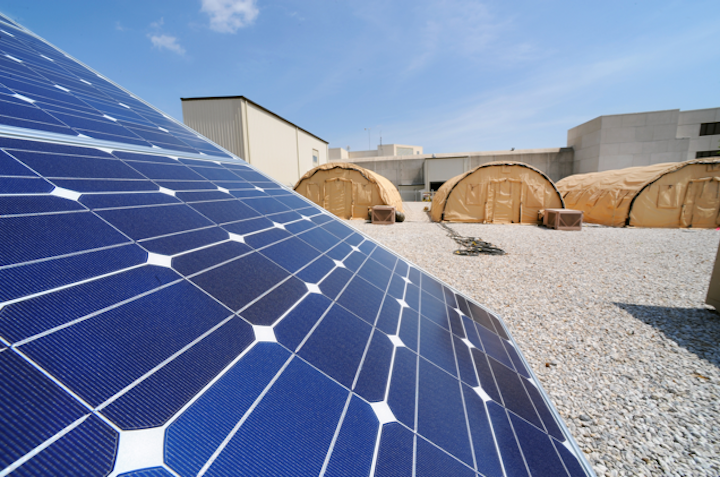 Leadership from Georgia Power, the U.S. Army, the U.S. Army Office of Energy Initiatives and the General Services Administration joined elected officials, community leaders and other dignitaries today at Fort Benning near Columbus to mark the beginning of construction of a new 30 MW solar project at the base.

The Fort Benning solar power facility is the first of three separate Georgia Power solar projects currently in development on Georgia Army bases. Each project will be 30 MW in size and use photovoltaic panels to produce energy for the state's electric grid. The projects are scheduled to be completed by the end of 2016.

As part of the review and approval of the company's 2007 Integrated Resource Plan, the Georgia Public Service Commission approved the development of three cost-effective renewable projects of up to 30 MW to be owned by Georgia Power.

The three projects will be brought online at or below the company's avoided cost, the amount projected it would cost the company to generate comparable energy from other sources. Future groundbreaking events for the remaining two projects are expected to take place at Fort Gordon near Augusta and Fort Stewart near Savannah.

At the event, Paul Bowers, chairman, president and CEO of Georgia Power, noted the importance of the project to Georgia, as well as the extensive collaboration between the utility, the state's PSC and the U.S. Army needed to bring the project to construction.

Georgia Power is cultivating renewable energy as part of a diverse generation portfolio and fueling Georgia's momentum as one of the fastest growing solar markets in the nation. Through its various solar programs, the company expects to have more than 900 MW of solar capacity online by the end of 2016 — the largest voluntary solar portfolio of an investor-owned utility operating without a renewable portfolio standard, and one of the largest in the nation. All of Georgia Power's solar resources will have been procured from the market through competitive bidding, or at contracted prices designed to prevent upward pressure on rates.