The new units must be operational by Jan. 1, 2021 to qualify for nuclear production tax credits 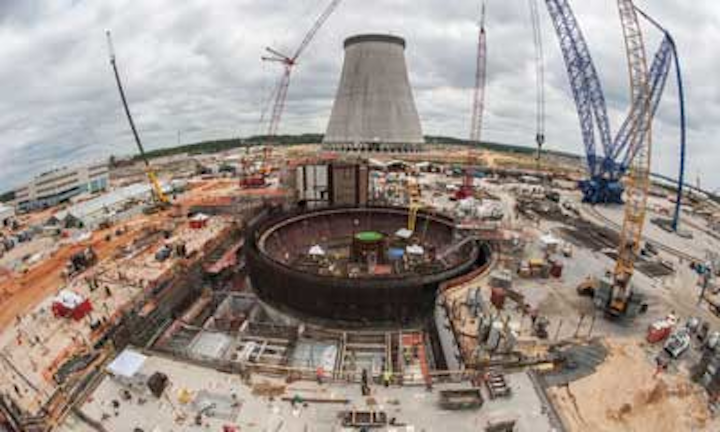 Southern Co. and SCANA have received bad news from their team of contractors recently in the form of projected delays for new nuclear units being built in Georgia and South Carolina — but so far all four new units would still qualify for a production tax credit (PTC) for new nuclear plants.

The new units must be operational by Jan. 1, 2021 to qualify for nuclear production tax credits. It was an issue that came up in an April 30 quarterly earnings call for SCANA.

The same contractor team has also predicted an 18-month delay for the two new Vogtle units under construction in Georgia. According to the integrated project schedule received from the contractors in January, new in-service target dates for Unit 3 is June 2019 (previously fourth quarter 2017) with Unit 4 following in June 2020 (previously fourth quarter 2018), a Southern spokesperson noted.

It's also important to note that neither SCANA nor Southern has accepted the contractors revised timetables.

The Tennessee Valley Authority (TVA) is a federally owned utility, and it does not pay corporate income taxes so it is eligible for tax credits, a TVA spokesperson said of the nearly-complete Watts Bar 2 project in Tennessee. Watts Bar 2, it should be noted, is the completion of a reactor after construction had been suspended many years earlier.

“Even if only one unit is operational by the 2021 date, we would still get a portion of the credit,” a SCANA spokesperson told GenerationHub.

“Fewer new nuclear projects than expected have been pursued in the United States, and SCE&G now anticipates that an additional $1.2 billion in fuel cost reductions will be realized by its customers through the application of the production tax credits, based upon current construction schedules and current tax law,” according to the SCANA spokesperson.

Financial analysts noted during the SCANA call that Summer Unit 3, under the latest projection from contractors, would be left with only six months of cushion given that eligible units must be operating by Jan. 1, 2021.

The production tax credit (PTC) for new nuclear generation (section 1306 of the Energy Policy Act of 2005) allows 6,000 MW of new nuclear capacity to earn $18 per MWh for the first 8 years of operation. The maximum tax credit for any one plant is capped at $125 million per year.

In 2005, $18 per megawatt-hour was comparable to the PTC for renewable resources. Unlike the renewable PTC, which increases annually with inflation, the nuclear PTC does not escalate, according to the Nuclear Energy Institute (NEI).

Among other things, new nuclear units had to submit their combined construction and operating license application to the Nuclear Regulatory Commission (NRC) by the end of 2008 and also had to enter construction by Jan. 1, 2014.