Currently, voters must approve the construction of any nuclear power plant in Maine but LePage, a Republican, wants to remove that requirement for power plants that generate 500 or fewer megawatts 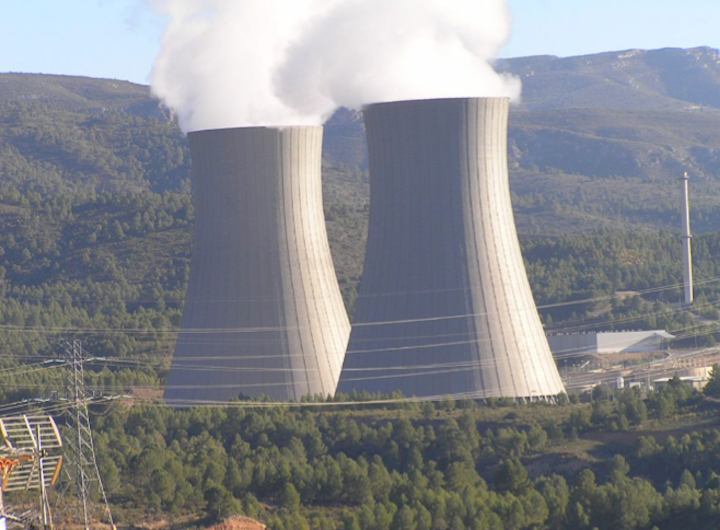 AUGUSTA, Maine (AP) — Environmentalists and anti-nuclear activists on Wednesday blasted Gov. Paul LePage's proposal to make it easier to bring small nuclear power plants to Maine because it would strip voters of the power to sign off on new plants.

Currently, voters must approve the construction of any nuclear power plant in Maine but LePage, a Republican, wants to remove that requirement for power plants that generate 500 or fewer megawatts.

He's hoping to open the door to new nuclear technologies, like small modular units that can be built in a factory and shipped to installation sites, which have also been embraced by President Barack Obama's administration.

But opponents said LePage's proposal would silence those who could be greatly impacted by a potentially risky energy resource.

Portland resident Mary Ann Larson said she lived just 12 miles away from the Three Mile Island nuclear reactor in Pennsylvania when it partially melted down in 1979, releasing a small amount of radiation but causing no serious injuries. Larson recalled having to evacuate the area with her 2-year-old daughter and fearing whether her husband and others who stayed behind would survive.

"We should be the ones to decide whether we want to live with the potentially catastrophic consequences that this form of energy production carries with it," she told the Energy, Utilities and Technology Committee.

The state's only nuclear plant, Maine Yankee, closed in 1997 after surviving three referendums led by anti-nuclear activists, several of whom were at the Statehouse to oppose the bill on Wednesday. Maine Yankee was shut down after operational problems escalated with the discovery of a cracked steam generator tube and the plant placed on the Nuclear Regulatory Commission's list of worst-run plants.

Patrick Woodcock, director of the Governor's Energy Office, said the public would still have plenty of opportunities to weigh in through municipal permitting hearings.

But by requiring nuclear power plants to go to referendum, Maine is sending the message that the state is not even open to the discussion about the energy resource, Woodcock said. He also said it doesn't make sense that nuclear power has been singled out as the only energy form on which voters have a say.

"I do not think that our state should shy away from ensuring our state policies are reflective of our state's energy and environmental objectives and that we are open to new technologies," Woodcock said.

Several lawmakers on the committee said that while they agree that Maine should have a discussion about nuclear power, they were concerned about taking residents out of the decision-making process. Democratic Rep. Mark Dion, co-chairman of the committee, noted that it would be politically difficult for lawmakers to return to their districts and explain why they took that right away from voters.

"There's no such thing as a limited nuclear facility — it has statewide implications for our citizens," he said. "So that's going to be the challenge."